The Maui Fire Department will be conducting a series of wildland firefighting, “live-fire,” training exercises in North Kīhei starting on Tuesday, April 18 through Thursday, April 21, and again on Monday and Tuesday April 24 and 25, 2017. The hours of burning will run from around 8:30 a.m. to 4:30 p.m.

The training will take place in former sugar cane fields on Alexander & Baldwin property about a quarter-mile to one mile northeast of Hale Piʻilani Park, and residential homes on the east end of Kaiolohia Street in Kīhei.

In addition to providing firefighters with valuable wildland fire training, fire officials say the 48 acres of fallow sugar cane fields set to be burned, will serve as a safety buffer from any future wildfires that might erupt upwind from the North Kīhei neighborhood.

With the shutdown of Hawaiian Commercial & Sugar Co. in December 2016, heavy equipment and personnel that were previously available to assist the fire department with containing and extinguishing unintended fires within sugar cane fields – no longer exist.

Maui fire officials say the once lush cane fields have grown fallow, and in some cases, have become vastly overgrown after the recent winter rains.

“By selectively burning out specific areas, the fire department is effectively assisting the landowner, A&B Properties, with creating a safety buffer next to homes and mitigating some of the dangers to area residences living adjacent to former sugar cane lands,” fire officials said in a press release announcement.

During the training sessions, residents in Kīhei can expect to see and smell smoke, and possibly see flames in the former cane fields. Burning will begin at approximately 8:30 a.m. and will continue as late as 4:30 p.m. Individuals with respiratory issues should keep their windows closed, use air conditioning, and stay indoors during these hours.

Fire officials say the Maui Fire Department and the Maui Incident Management Team have carefully planned out these burn exercises to minimize the risk of fire spreading beyond the intended 48 acre burn area. Fire crews and additional equipment will be standing by to help control any fires that threaten to jump containment lines. 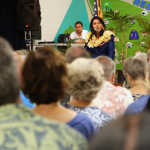 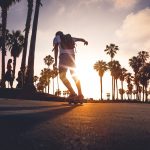