US Senator Brian Schatz of Hawaiʻi and US Senator Jerry Moran (R-Kan.) introduced the Airplane Kids In Transition Safety Act of 2017.

The legislation would direct the Federal Aviation Administration to update its regulations regarding the medications and equipment required to be carried in airplane medical kits in order to better serve children in-flight.

“Every year, airplane medical kits help save lives, but today these kits don’t have the right medical tools or medications to help treat kids during an emergency,” said Senator Schatz. “Our bill requires the FAA to update its rules to ensure that every airline has the basic medical equipment to help kids when they need it the most.”

“With millions of American children flying each year, it is common sense for in-flight crews to have critical supplies and medicine available to treat kids in emergency situations,” said Senator Moran. “The Airplane KITS Act would make certain that child-sized doses of emergency medicine is available when time is of the essence, ensuring that the airline crew and families can help children in need of medical attention as quickly as possible.”

Sen. Schatz said the current contents of emergency medical kits onboard commercial airplanes “are outdated and do not contain appropriate medications and devices for treating children.”

According to Sen. Schatz, children make up 25% of the nation’s population and are “more vulnerable than adults in the case of an emergency.”  In a press release issued today, advocates say medical emergencies involving children can be fatal and emergency planning should take into account the different medications and medical devices that children need.

“When a parent boards a commercial flight with a child, the last thing on their mind should be whether their child will be safe in the event of an in-flight medical emergency. Yet, right now, medical kits found on airplanes are not equipped to treat children during potentially fatal emergencies,” said American Academy of Pediatrics President Fernando Stein, MD, FAAP.

“The Airplane KITS Act is a needed step forward to fix that, by requiring the Federal Aviation Administration to update emergency medical kits onboard airplanes to include safe, effective medications and medical equipment designed to meet children’s unique needs. The American Academy of Pediatrics applauds Senators Brian Schatz and Jerry Moran and Representatives Sean Patrick Maloney and John Faso for their leadership to advance this critical legislation that will make air travel safer for children,” said Stein. 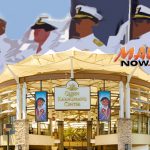 QKC Honors US Military, May 20 Outreach 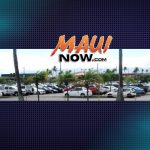