Wailuku firefighters responded to a brush fire in the Piʻihana Farms area on Piʻihana Road in Wailuku at around 4:06 p.m. on Wednesday, May 31, 2017.

Firefighters arrived at 4:13 p.m. to find a 50 x 50 foot area of brush burning in a vacant lot between Piʻihana Road and the Wailuku River, near the Wailuku Post Office.

Firefighters brought the blaze under control five minutes later and called it extinguished at 4:40 p.m.

The cause of the fire was undetermined. There were no injuries reported and no structures were threatened. 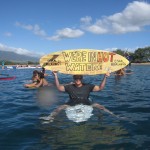 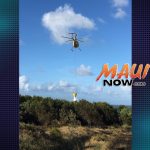