UPDATE: More than 100 people attended a candlelight vigil on Sunday night in Wailuku, hosted by the group Hui Aloha.  The Maui vigil was held in conjunction with a nationwide vigil in solidarity with the citizens of Charlottesville, Virginia. 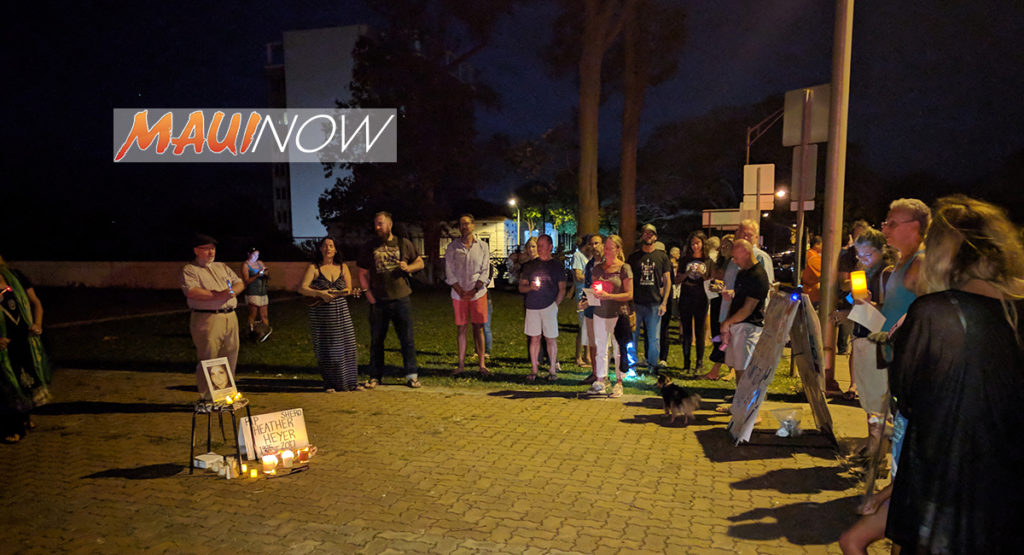 Attendees at the Maui event held candles while singing the hymn “We Shall Overcome.”

The event was a stand against racism in America, following a clash between white nationalists and counter protesters this week.  Protests began with a demonstration over the removal of a statue of Confederate Gen. Robert E Lee from an area park and escalated with a torch led march through the University of Virginia campus and deadly incident on Saturday, in which a vehicle plowed through a crowd during a demonstration held by counter protesters.

Organizers said, “The event lifted up the name and image of Heather Heyer, the 32-year old woman killed when a car crashed into demonstrators protesting a neo-Nazi, white supremacist, rally.” 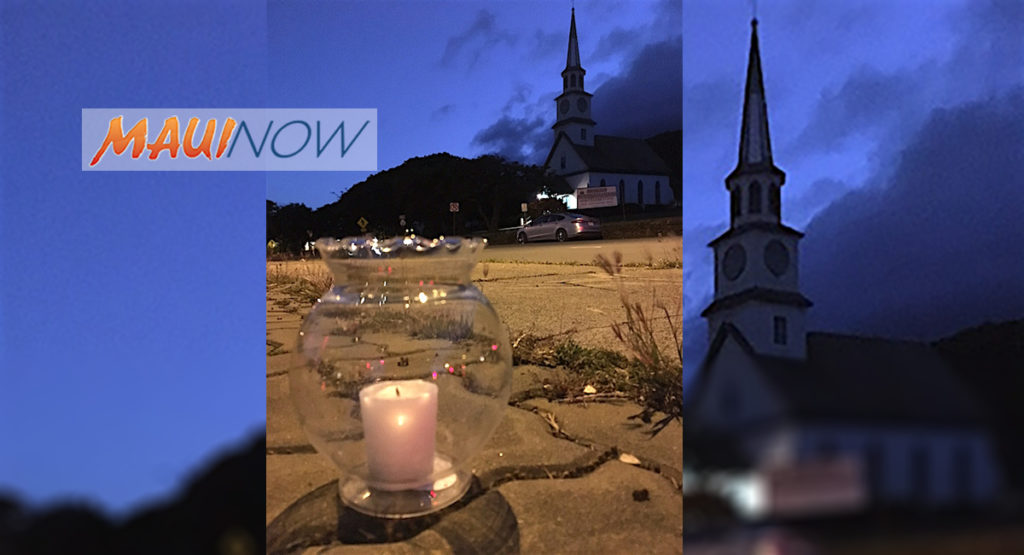 Event organizer Ellen Caringer, and spokesperson for Hui Aloha said, “It was important for us to bring our voices to bear on the appalling development of the rise of white supremacist organizations on the mainland and elsewhere. Given how interconnected the whole world now is via the internet and social media, any voice lifted up anywhere can be amplified and magnified towards a broader cause.”

University of Virginia president Teresa Sullivan issued a statement this evening saying, “The University supports the First Amendment rights to free speech and peaceable assembly. Acts of violence, however, are not protected by the First Amendment. Violence and bigotry are not political positions. We strongly condemn intimidating and abhorrent behavior intended to strike fear and sow division in our community.”

The vigil will ran from 7 to 8 p.m. on Sunday, Aug. 13, 2017 fronting the State Office Building on South High Street in Wailuku, across from the Kaʻahumanu Church.

The national vigil event aimed to embrace progressive values and the principles of non-violence, modeling inclusion, respect, and fairness in its actions. 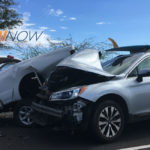 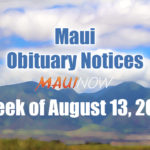