Makawao firefighters arrived on scene at 2:03 p.m. to find flames coming from underneath and from the inside of a 20-foot shipping container on a lot on Uakoko Place.

Maui Fire Services Chief Edward Taomoto says a resident was trying to control the fire using a garden hose, but was having little success.

According to department reports, firefighters brought the fire under control at 2:10 p.m. and had it extinguished at 2:44 p.m.

FSC Taomoto said the homeowner was using a meat smoker next to the shipping container before going into the house for lunch. After noticing a different kind of smoke odor, the resident went outside to check and found a wood pallet that was under the smoker on fire.

The flames spread to items stored under the container and eventually breached through the wooden floor of the container, igniting the contents inside.

The fire was determined to be accidental and caused an estimated $500 in damage to the container. There was little to no value to the household items stored inside. 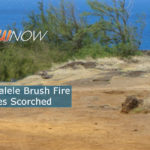 2 Acres of Brush Scorched at Nākālalele 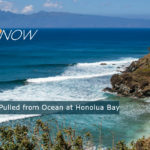