Two men are safe after being rescued by the Coast Guard from their sinking vessel 35 miles east of Kaneʻohe Bay, Oʻahu, Friday.

The men were hoisted from their vessel by a rescue swimmer aboard an MH-65 Dolphin helicopter from Coast Guard Air Station Barbers Point and were transferred safely to shore.

Watchstanders at the Coast Guard Sector Honolulu Command Center received notification at 12:40 a.m., via VHF Channel 16 from the captain of the 82-foot pleasure craft Point Harris, stating his vessel was taking on water in the two forward water-tight compartments.

The men activated their emergency positioning indicating radio beacon and prepared to abandon ship after unsuccessfully energizing their dewatering pumps.

An HC-130 Hercules airplane aircrew from Coast Guard Air Station Barbers Point launched to the scene at 1:50 a.m., along with an MH-65 Dolphin helicopter aircrew at 1:58 a.m.  The US Coast Guard Cutter Ahi (WPB 87364), homeported in Honolulu also launched to assist.

The Dolphin aircrew deployed a rescue swimmer to assess the condition of the vessel and determined quickly that the vessel was no longer safe and made the decision to hoist the two men and bring them back to the air station.

“This case is a textbook demonstration of the equipment you should have on board your vessel and how to use it correctly and effectively,” said Charles Turner, command duty officer at Coast Guard Sector Honolulu. “Our crews remain Semper Paratus 24 hour a day, 365 days a year, ready to answer the call and bring people home safely to their families.”

An urgent marine information broadcast notice to mariners and a hazard to navigation was issued and the vessel owner will work with Sector Honolulu response personnel to attempt salvage of the vessel.

Weather on scene was reported to be 20 mph with east winds and seas 5 to 8 feet. No injuries were reported. 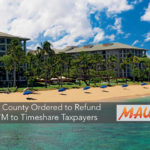 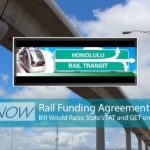