A rail funding bill narrowly advanced in a 6-5 vote last night in the Senate Ways and Means Committee.  Senate Bill 4 advanced un-amended with Maui Senator Gil Keith-Agaran among those who voted in favor of the bill, and fellow Maui Senator J. Kalani English voting against the measure. 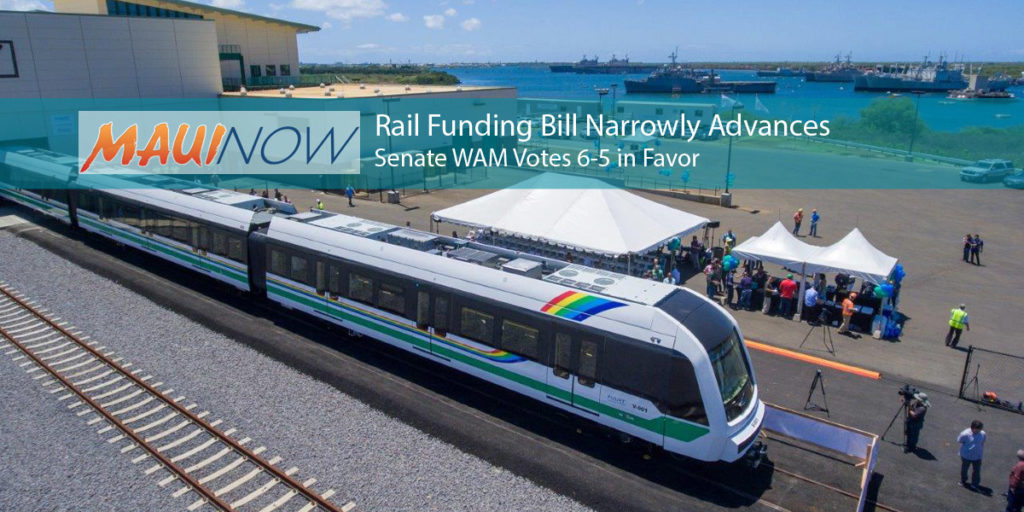 The bill provides the City and County of Honolulu with a financial mechanism to generate revenue sources to cover a shortfall for the construction of its rail transit project.

On Tuesday morning the bill headed to the Senate Floor for consideration and passed second reading with Senators Green, Harimoto, Inouye, Kahele, Riviere, Ruderman and Thielen voting “No”.

The House Finance and Transportation Committees have scheduled hearings for tomorrow, Wednesday, Aug. 30, at 1:30 p.m. as the measure moves on to the state House for further review.

SB4 specifically seeks an increase in the state’s hotel room tax, and the general excise tax surcharge on Oʻahu would be extended for three additional years. The TAT hotel room tax would increase by 1% to 10.25% for 13 years through December of 2030, generating $1.3 billion. The increase in Oʻahu’s surcharge, would provide more than $1 billion as well.

The proposal comes as the city faces a Sept. 15 deadline to prove to the FTA it can cover the shortfall.

Lisa Paulson, Executive Director with the Maui Hotel & Lodging Association was among those who spoke in opposition of SB4, recommending that rain funding come instead from extending the general excise tax surcharge.  She said the MHLA is opposed to leveraging extra fees on the visitor industry and explained: “Our counties look to our hotels to help fund their budget deficits by increasing real property taxes creating a major operating expense that must be passed on to our guests.  Maui’s property tax revenues from the hotel-resort and timeshare classes have nearly doubled over the past five years to a current $124 million.”

The Maui Chamber of Commerce also wrote in opposition to the bill saying: “We oppose the 1% Transient Accommodations Tax increase for neighbor islands proposed in SB4.  While we understand that the City and County of Honolulu are in a difficult situation with the current rail project, we do not think the neighbor islands should have to cover the costs as we did not vote for this project.  We have not been able to ring in on any previous drafts and are only now able to provide testimony on the current deal that has already been negotiated.”

Honolulu Mayor Kirk Caldwell provided written testimony saying: “We support much of the bill as it gets us a long way towards funding rail.  What we remain concerned about is the significant financial risk being placed on the taxpayers of the City and County of Honolulu.” He also expressed legal concerns over the statewide TAT increase and the deposit of that increase into the Mass Transit Special Fund.

US Senator Brian Schatz was among those who provided written testimony in support of the measure saying: “This bill will allow the rail project to be built.  Because it is the product of a compromise, there is something in it for each legislator to dislike.  But on the whole, this bill gets it right for two very important reasons.  First, it provides $2.4 billion to complete the rail project.  Second, it provides additional oversight and controls that will help to put downward pressure on costs.”

Meantime, officials with the State Department of Transportation used the opportunity to offer comments in support of transportation projects on the neighbor islands saying:  “The DOT recommends each county to take advantage of this provision in adopting a surcharge on State tax to better address traffic conditions on their islands and respectfully suggests that these funds be used for projects such as the following: Honoapiʻilani Highway on Maui; Route 11 from Henry to Kamehameha III on Hawaiʻi Island; and Kapaʻa corridor improvements as prioritized in the Kapaʻa Solutions report on Kauaʻi.  Based on rough estimates, the following counties could generate: Maui 2019, $60.7 million; Hawaiʻi Island 2019, $52.8 million; and Kauaʻi 2019, $25.8 million.” 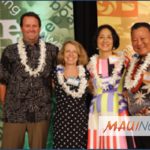 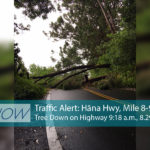