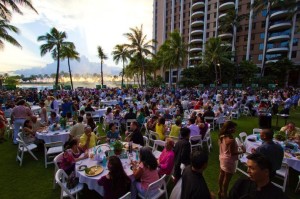 Two of the four largest visitor markets to Hawaiʻi, US West and US East, reported year-over-year increases in visitor spending and arrivals. However, visitor spending decreased in July for the Canada market (-8.9% to $46.6 million), visitor arrivals rose (+3.4% to 26,691) but daily spending declined (-10.6% to $148 per person) from a year ago.

The Japan market continued to report year-over-year growth in visitor spending and arrivals in July 2017 due to increased air service to Kona and Honolulu. Visitor spending grew (+5.5% to $192.5 million), fueled by increased arrivals (+7% to 136,300), which offset slightly lower daily spending (-1.6% to $232 per person).

“July is typically the peak month of the year for Hawaiʻi tourism and one that industry partners count on to generate good results. Even so, the 9.8% in visitor spending and 6.8% increase in visitor arrivals in July completely exceeds any forecasts that were made for the month. That sentiment is also true for the first seven months of the year.

“Our State is very fortunate that demand for the Hawaiʻi travel experience continues to be strong in 2017, especially from the U.S. mainland and Japan. Hawaiʻi’s economy as a whole is benefiting from tourism’s unexpected degree of success, with the positive impact extending to our State tax base. Through the first seven months, Hawaiʻi’s tourism industry has generated $1.16 billion in State tax revenue, an increase of $94.8 million over the same period last year. This revenue helps our State to support programs that makes our communities stronger, especially for those in need.

“We recognize some residents have expressed concerns about the growth of tourism on our islands’ way of life. Sustainable tourism is a balance that our tourism industry is striving to achieve for the good of everyone. This topic is a discussion that requires public and private stakeholders to come together and find solutions that will benefit both our leading industry and the community-at-large.

“Sustainable tourism is the theme of HTA’s Global Tourism Summit, taking place Sept. 19-21, at the Hawaiʻi Convention Center. We encourage people to register and participate in sessions and presentations that are intended to make Hawaii a better place for residents and travelers to enjoy.” 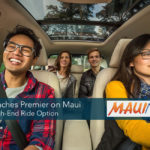 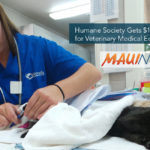