Singer and songwriter Kuana Torres Kahele will perform at The Shops at Wailea for a free one-night performance as part of Concerts at the Shops series. 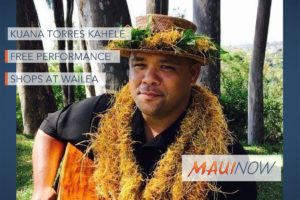 Concerts at The Shops is a free, monthly concert series that is open to the public and features headlining musicians from all the Hawaiian Islands. Photo Courtesy

Kuana Torres Kahele comes from a revered lineage of Hawaiian musicians including: Bill Aliiloa Lincoln, Victor Kala and George Holokai. He is the recipient of multiple Nā Hōkū Hanohano awards and credits much of his success to Johnny Lum Ho, renowned Kumu Hula and esteemed composer, who took a young Kahele under his wing in 1991.

The Shops at Wailea continues to give back to the community, supporting a different Maui non-profit each month with 60% of the special event parking fees going back to the non-profit. September’s non-profit recipient is Maui Hui Mālama. 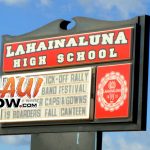 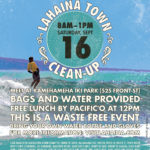