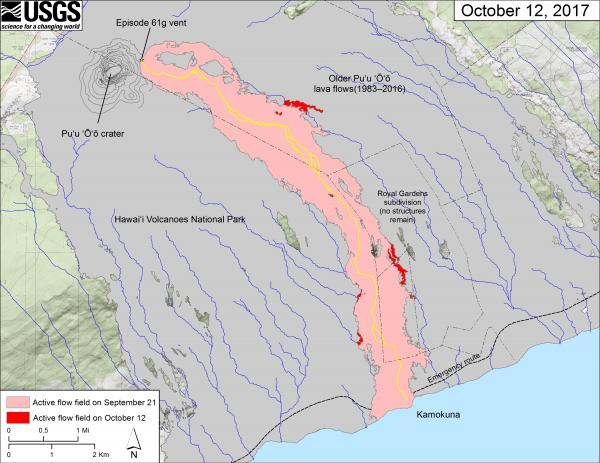 This past week, Kīlauea Volcano’s summit lava lake level fluctuated with summit inflation and deflation, ranging about 105 to 128 feet below the vent rim.

On the East Rift Zone, the 61g flow remained active, with lava entering the ocean near Kamokuna and surface breakouts downslope of Pu‘u ‘Ō‘ō.

Mauna Loa is not erupting. Rates of deformation and seismicity did not change significantly over the past week, but persist above long-term background levels.

Small-magnitude earthquakes occurred beneath the summit caldera and upper Southwest Rift Zone, primarily at depths less than 3 miles, with some deeper events at depths of 3 to 8 miles.

No earthquakes were reported felt on the Island of Hawaiʻi during the past week.

FP photo: HVO geologists relocate a time-lapse camera on the rim of the west pit lava pond in the Pu‘u ‘Ō‘ō Crater. Over the past several months, the camera has been slowly tilting downward due to soft, altered ground beneath it, and the general instability of the rim. The new location, about 20 m (yards) to the south, appears to be more stable and less altered. Weak spattering was visible in the west pit lava pond (at the incandescent area near the center of the image) today. USGS/HVO photo. 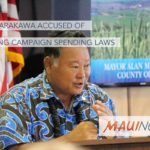 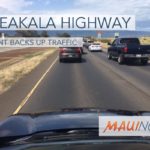 UPDATE 2: Traffic Jammed on Haleakalā Highway Due to Construction Work