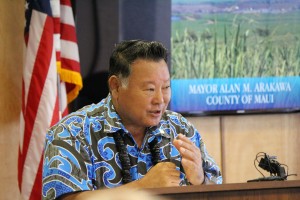 On Wednesday, Oct. 11, Mayor Alan Arakawa sat in front of the state Campaign Spending Commission to defend himself against allegations that he misrepresented more than $6,000 in advertisements that his campaign bought.

Hawaii News Now quoted Mayor Arakawa telling the commission on Wednesday, “We never did anything intentionally to get away from the rules. We were following the rules.”

The commission said campaigns are not allowed to misrepresent the donations as campaign expenses and wants to fine Arakawa $2,000.

According to HNN, Arakawa said when his campaign spent the money, the nonprofits told his staffers that they were solely for the purpose of advertising. He said his campaign explicitly doesn’t make charitable donations to avoid running afoul of the state campaign spending laws.

The commission also alleged that Mayor Arakawa’s wife, Ann, told some of the nonprofits not to cooperate in the investigation. But Arakawa and his lawyer said those allegations are false.

According to HNN, Arakawa’s attorney, David Minkin, told the commission, “This is beginning to look like a witch hunt. To say that Ann Arakawa is out there rustling the bushes and doing all sorts of nefarious things based on one conversation (is) inappropriate, mistaken.”

Arakawa plans on running for the office of lieutenant governor next year.

Maui Now will follow up with the mayor and his lawyers next week. 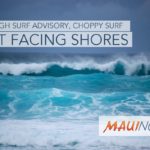 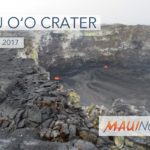