The 38th Annual Keiki Halloween Parade will take place on Tuesday, Oct. 31, 2017, hosted by the three Rotary clubs of Lahaina. 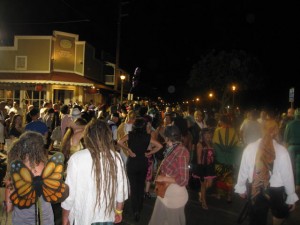 Master of ceremonies Rotarian Joe Pluta says he expects this year’s parade to be one of the very best due to the Lahainaluna High School Marching Band unit having approximately 120 students involved.

Theo Morrison, Executive Director of the Lahaina Restoration Foundation and a member of the Rotary Club of Lahaina, will be the Parade Grand Marshall.

The Parade will start at 4:30 p.m. from the corner of Papalaua and Front Street. Participants are asked to meet at the Outlet Mall area corner by the Clock Tower by 4:15 p.m at the latest. Participants will then march down Front Street ending at the Banyan Tree Park. All keiki from preschool to high school are invited to march in the parade.

Maui police will close off the roads at 3:30 p.m. and the Maui Fire Department’s parade vehicles will lead the parade followed by Maui Mayor Alan Arakawa and Grand Marshall Theo Morrison.

Maui’s Senator Roz Baker, also a Member of the Rotary Club of Lahaina, will be in the parade as will Bagpiper Reverend Paul Tangonan, followed by other vehicles which will include the Maui Shriner’s and a Rotary Float with President’s from the Lahaina Rotary Three Clubs, Sunrise, Noon and Sunset Clubs. Maui’s Darren Lee from the Burn ’n Love show will also be featured.

After the vehicles, the Lahainaluna High School Marching Band will lead hundreds of keiki in costume down Front Street to the stage area at Banyan Tree Park. First behind the band will be the pre—schooler and kindergarten keiki followed by first to third graders and then fourth to sixth graders followed by high school students.

All keiki are invited to march across the stage where they will receive a participant’s ribbon and a bag filled with candies and treats. 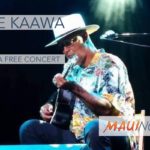 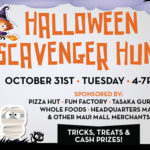