The bench warrant that was issued for the arrest of Kaleikoa Kaʻeo was recalled at 8:57 a.m. today (Thursday, Jan. 25), according to court documents. The case has been rescheduled for “status, trial setting and further hearing on the issue of an interpreter,” for Feb. 21, 2018.

A warrant was issued for the arrest of Maui resident Kaleikoa Kaʻeo after he refused to speak English in court today.

In ʻōlelo Hawaiʻi, he confirmed his presence, but during the proceedings, Judge Blaine Kobayashi stated that the court could not get a definitive determination for the record that the defendant seated in court was Mr. Kaʻeo.

The court ordered that a bench warrant be issued in the amount of $250 per count.  Court records indicate that the defendant was “Not Present.”

Kaʻeo, who is a Hawaiian studies professor at the University of Hawaiʻi Maui College, is charged with three petty misdemeanor counts for his arrest during the Kākoʻo Haleakalā demonstration held against construction of the Daniel K Inouye Solar Telescope on Maui.  He was also arrested during a similar demonstration which also blocked convoys to the site two years earlier.

In the current case, Kaʻeo pleaded not guilty to disorderly conduct, obstructing a sidewalk and failure to obey police who were directing traffic, according to court documents.

On Dec. 27, 2017, the court granted a motion entered by the state to conduct Kaeo’s trial in English. According to court minutes, the decision was made in the absence of a Hawaiian interpreter, who was not present due to a family emergency.  At the time, the bailiff was ordered to cancel the Hawaiian Interpreter for trial and future proceedings.

Below is a statement issued by the Office of Hawaiian Affairs CEO Kamanaʻopono Crabbe:

“The Office of Hawaiian Affairs is deeply disturbed and offended that Hawaiian studies assistant professor Kaleikoa Kaʻeo was prohibited from defending himself in ‘Ōlelo Hawaiʻi during his court hearing today and that a bench warrant was issued for his arrest.  Punishing Native Hawaiians for speaking our native language invokes a disturbing era in Hawaiʻi’s history when ‘Ōlelo Hawaiʻi was prohibited in schools, a form of cultural suppression that substantially contributed to the near extinction of the Hawaiian language.

It is disappointing that the state government continues to place barriers on ‘Ōlelo Hawaiʻi, 40 years after Hawaiʻi’s constitution was amended to recognize the Hawaiian language as an official language of the state.  We demand that the State Judiciary find an immediate solution to this issue.”

Scroll Down to Read 136 Comments 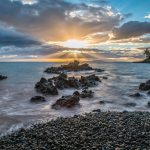 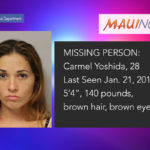 ARTICLE COMMENTS ( 136 )
This comments section is a public community forum for the purpose of free expression. Although Maui Now encourages respectful communication only, some content may be considered offensive. Please view at your own discretion.
I Understand, Show Comments