The open-air, family-friendly restaurant will be located adjacent to the brewery’s tasting room at 605 Lipoa Parkway in Kīhei, and will feature indoor and outdoor dining.

MBC Founder and CEO, Garrett Marrero said, “We’re excited to open the restaurant at Maui Brewing Company Kīhei as it has been part of the vision for our brewing headquarters for a long time to integrate craft beer focused food into the production space. With a direct view of the brewhouse and distillery from the restaurant, our guests will feel immersed in the craft brewing culture. We’re extremely proud of our team as they have been working tirelessly to deliver a great experience.”

“At our Kīhei restaurant, we’re excited to celebrate the brewery’s history, passion for the craft beer way of life, and fiercely local commitment throughout every aspect of our operations,” said Chris Thibaut, CEO of restaurants at Maui Brewing Company. “The brewery space in and of itself is like a work of art, so we’re really excited to build upon that through the new restaurant space.”

The menu at the new restaurant was designed by Maui Brewing Company Menu Director Angela Terry, and is inspired by both island and brewpub favorites. Critically acclaimed chef, Terry Lynch will serve as executive chef at Maui Brewing Company, where each dish features items from local, master craftsman as well as in-house, made from scratch elements that emphasize fresh, local ingredients.

With over 36 craft beers on tap, the list for Maui Brewing Company’s Kīhei restaurant includes its flagship line-up of beers: Bikini Blonde Lager, Big Swell IPA, Pineapple Mana Wheat and Coconut Hiwa Porter – as well as limited release beers like Makawao Wheat, Waimea Red, POG IPA and Lilikoi Saison. Comrade Crafts – beers made by other craft breweries – including varieties that are not available on draft anywhere else on island will also be featured at this location.

All of the beers offered on tap will be available for purchase in growlers and crowlers, which can be enjoyed outside of the restaurant. 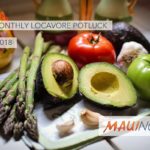 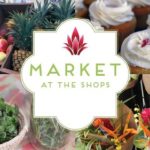 On The Menu with Market at The Shops at Wailea