“Go for Broke: an Origins Story” Premier at ʻĪao Theater, May 3

The movie features a star-studded, all-Japanese American cast mostly from
Hawaii, and a local crew telling the tale of the start of the famed 442nd
Infantry Regiment Combat Team of World War II. Photo Courtesy: NVMC

The Nisei Veterans Memorial Center will premier Stacey Hayashi’s movie “Go for Broke: an Origins Story” on May 3, 6:30 p.m. at the Historic ʻĪao Theater.

The movie features a star-studded, all-Japanese American cast mostly from Hawaiʻi, and a local crew telling the tale of the start of the famed 442nd Infantry Regiment Combat Team of World War II—the most decorated unit in the history of the United States military for its size and time in combat.

The 442nd was made up of more than 14,000 Japanese American men who served with valor in the European theater. The motto of the battalion was “Go for Broke.”

The film, which was shot entirely in Hawaiʻi at the actual locations at which the real events occurred, took 16 years to create, and chronicles the story from its earliest beginnings, to their triumphant formation and deployment “aloha ceremony” at ʻIolani Palace before heading to basic training at Camp Shelby, Mississippi.

Tickets are $20 and $25 with an option for dinner, catered by Da Kitchen, and pre-movie cabaret show for an additional $30. Call the Historic ʻĪao Theater for tickets at 242-6969. 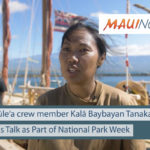 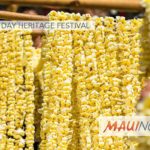