Former Maui police officer Anthony Maldonado, of Kahului, pleaded guilty today in federal court to one count of Deprivation of Rights Under Color of Law and one count of Conspiracy to Commit Witness Tampering.

Justice officials say that according to court documents and information presented in court:

“Officer Maldonado conducted a traffic stop at the Māla Wharf on Maui in September 2015.  According to the justice department, Maldonado used the opportunity to steal approximately $1,800 in cash from the fanny pack of the person who he stopped. When the victim later realized the cash was missing, he reported the theft to Maui police. After the report was filed, the defendant and four others attempted to bribe the victim to withdraw the complaint.”

“Law enforcement officers must uphold their pledge to protect the members of their communities and conduct themselves with honor,” said Acting Assistant Attorney General John Gore of the Civil Rights Division. “The Justice Department will continue to enforce the law and protect the civil rights of all to be free from willful police misconduct.”

“Everyone should be able to trust that an encounter with law enforcement will not result in theft,” said Kenji M. Price, US Attorney for the District of Hawaiʻi. “No one is above the law, least of all police officers who are charged with protecting our community.”

Maldonado’s sentencing is scheduled for Aug. 23, 2018 before Senior US District Judge Helen Gilmor. He faces up to 21 years in prison, a fine of up to $350,000, and a period of supervised release of up to three years.

The case was investigated by the Federal Bureau of Investigation, and was prosecuted by Trial Attorney Mary Hahn of the Civil Rights Division of the US Department of Justice, and Assistant U.S. Attorney Marc A. Wallenstein from the US Attorney’s Office for the District of Hawaiʻi. 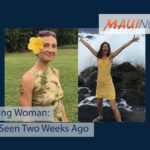 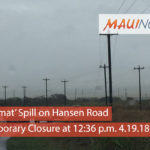