“This long-term plan to upgrade and build new facilities represents the Army’s commitment to Hawai‘i and our key role in the region,” said Senator Schatz, lead Democrat on the Military Construction and Veterans Affairs Appropriations Subcommittee. “The planned funding is critical to Hawai‘i, to the Army’s success, and to our national security. Fulfilling this plan will require timely and predictable funding, and the Department of Defense has my commitment to provide just that as we get back to the regular business of passing appropriations bills on time.”

“The Army is committed to funding required infrastructure investments that support maintaining and improving the condition of facilities and infrastructure that support the readiness of the US Army Pacific,” said Mr. Paul Cramer, Deputy Assistant Secretary of the Army for Installations, Housing and Privatization. “Investments toward new facilities will begin in the next budget cycle and continue throughout the future years defense plan.”

The Army will begin with an initial 5-year investment of $350 million in military construction to improve the shortfall of aviation facilities at Wheeler Army Air Field that are necessary to support a number of new aircraft the Army has brought to Hawai‘i in recent years, including AH-64 Apaches with the 25th Combat Aviation Brigade. The initial funding will also improve the company operations facilities at Schofield Barracks to ensure that soldiers have adequate working conditions with proper storage for equipment and counseling areas for soldiers.

Over the long term, the Army’s planned infrastructure improvements will strengthen Army readiness by repairing or building new aviation, operations, maintenance, and training facilities. Plans include improvements to all Army installations in Hawai‘i including Schofield Barracks and Wheeler Army Air Field. 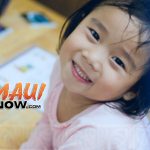