Volcano Discussion:  Is the Kīlauea Eruption a New Event? 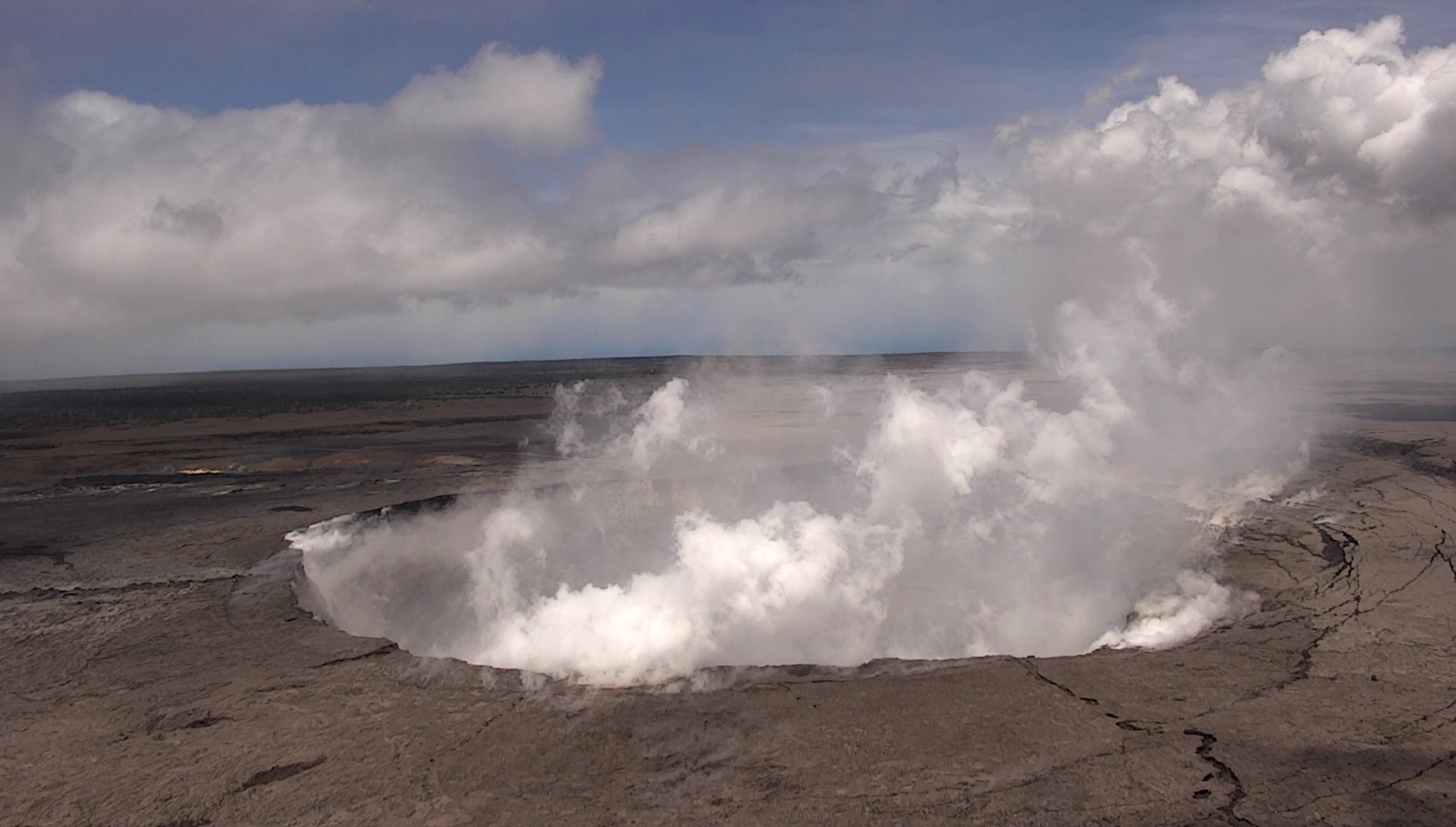 An aerial view of Halema‘uma‘u at the summit of Kīlauea Volcano captured from an Unmanned Aircraft Systems (UAS) overflight video on May 31, 2018. Limited UAS flights into this hazardous area are conducted with permission and coordination with Hawaiʻi Volcanoes National Park to collect visual information on this changing eruption site. Scientists will examine the video footage in detail to understand the evolution of the expanding collapse area and assess hazards at Kīlauea’s summit. Credit:  U.S. Department of the Interior, Office of Aviation Services, and the U.S. Geological Survey.

(by US Geological Survey Hawaiian Volcano Observatory scientists and affiliates)

With the current activity at the volcano’s lower East Rift Zone and summit, it’s an understatement to say that Kīlauea has been making worldwide headlines the past month.

To the uninitiated, the scientific and colloquial terms that are used to describe eruptive processes and products at Hawaiian volcanoes might seem unusual or scary, when, in fact, they describe what’s been happening at Kīlauea for more than three decades.

Kīlauea Volcano’s East Rift Zone has been erupting nearly non-stop since 1983, with an eruption on the volcano’s middle East Rift Zone—generally referred to as the Puʻu ʻŌʻō eruption. (Puʻu ʻŌʻō is the volcanic cone built from the accumulation of cinder and spatter falling from episodic high lava fountains during the eruption’s first three years.)

For 35-plus years, lava erupting from vents on or near Puʻu ʻŌʻō created surface flows that advanced down the south flank of Kīlauea. This changed on April 30, 2018, when magma from the middle East Rift Zone intruded into the lower part of the rift zone. This intrusion of magma ultimately resulted in the fissure vents now erupting in Hawaiʻi Island’s lower Puna District. So, while an East Rift Zone eruption is not new, the location of the current vents (or fissures) is different from past vents.

Kīlauea’s summit eruption began in March 2008, when a vent opened in Halema‘uma‘u, a crater within the volcano’s summit caldera. For over 10 years, this vent was the site of a lava lake that rose and fell—sometimes fluctuating as much as 30 m (100 ft) in a 24-hour period—in concert with summit inflation and deflation. Throughout that time, rocks falling from the steep vent walls triggered numerous small gas-driven explosions that often blasted molten lava and pieces of older rock onto the rim of Halema‘uma‘u and adjacent caldera floor.

In early May 2018, in response to East Rift Zone changes, the summit lava lake dropped 100s of meters (yards) and completely out of view. Concern grew that magma feeding the lava lake could drop below the water table, allowing groundwater to enter the system, which could cause steam-driven explosions. So, while small summit explosions are not new, the mechanism, vigor, plume heights, and extent of ash fallout from the current explosive activity are.

Sulfur dioxide:  When a new eruptive vent opens on Kīlauea, sulfur dioxide emissions increase—sometimes dramatically—as happened with the opening of the summit vent in 2008, the Kamoamoa fissure eruption in 2011, and now, with the lower East Rift Zone fissure eruption. Sulfur dioxide is one of the three most abundant gases released during any volcanic eruption (the other two being water vapor and carbon dioxide), and it has been emitted in large quantities since the start of the Puʻu ʻŌʻō eruption in 1983. More info: https://vog.ivhhn.org/leilani-eruption.

Vog:  Sulfur dioxide reacts with oxygen, sunlight, moisture, and other gases and particles in the atmosphere to create a visible haze known as vog (volcanic air pollution), which has been an ongoing issue in Hawaiʻi since 1983, as well as during all previous eruptions of Kīlauea (and Mauna Loa). Increased sulfur dioxide emissions can result in more widespread and intense vog. Impacts depend on wind direction and your location—whether or not you’re downwind of the vog source—as well as your individual sensitivity. More info: https://pubs.usgs.gov/fs/2017/3017/fs20173017.pdf and https://vog.ivhhn.org/.

Laze:  Since 1983, lava flows erupted from Kīlauea have reached the ocean about half the time. The interaction of hot lava and cool seawater forms a white plume known as “laze” (lava haze), which is composed of condensed seawater steam, hydrochloric acid gas, and tiny shards of volcanic glass. This corrosive mixture can irritate lungs, eyes, and skin, but its effects diminish rapidly with distance from the ocean entry.

Ash:  Small amounts of ash, which is carried by wind, have erupted from Kīlauea’s summit vent since it opened in 2008. Where ash falls depends on the wind direction. With recent changes at the summit, vigorous explosions have occurred more frequently at Halema‘uma‘u, resulting in higher, ash-laden plumes that can be blown far downwind.  More info: https://volcanoes.usgs.gov/observatories/hvo/faq_ash.html and https://vog.ivhhn.org/summit-ash-hazards.

Pele’s hair: Thin strands of volcanic glass, called “Pele’s hair” after the goddess of Hawaiian volcanoes, form when lava is thrown into the air or stretched into filaments (like pulling taffy). Throughout Kīlauea’s history, erupting lava fountains and lava lakes have produced Pele’s hair, which can be blown far downwind.

On Kīlauea Volcano’s East Rift Zone, lava continues to erupt from multiple points along the active fissure system in the Leilani Estates and Lanipuna Gardens area. As of June 1, fissure 8 lava flows were advancing toward the intersection of Highways 132 and 137 (Four Corners). Residents in the lower Puna District of Hawaiʻi Island should remain informed and heed Hawaiʻi County Civil Defense closures, warnings, and messages (http://www.hawaiicounty.gov/active-alerts). At Kῑlauea’s summit, ash emissions were diminished as of May 30, possibly reflecting the accumulation of rubble at the base of the growing summit eruptive vent, which was emitting a whitish plume of mostly steam. Earthquake activity remains high due to continued summit deflation. Additional explosive events that could produce minor amounts of ash fall downwind are possible at any time. Volcanic gas emissions at the summit remain high.

Below: Clip from an overflight video. Credit:  U.S. Department of the Interior, Office of Aviation Services, and the U.S. Geological Survey. 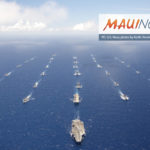 US Navy Announces 26th Rim of the Pacific Exercise 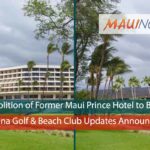