Flanked by housing advocates, builders, and lawmakers in Kaka‘ako, Gov. David Ige signed a comprehensive housing measure aimed at increasing the production of affordable rental units across the state.

HB2748 appropriates $200 million to the Hawai‘i Housing Finance and Development Corporation’s (HHFDC) Rental Housing Revolving Fund and $10 million to the HHFDC’s Dwelling Unit Revolving Fund (DURF). The bill also extends the general excise tax exemption for certain affordable rental housing projects from June 30, 2022 to June 30, 2026, and increases the cap on GET exemptions to $30 million per year until 2030.

Since 2014, when Gov. Ige took office, the state has completed 5,300 new homes statewide, including 2,000 affordable homes. There are an additional 1,400 units under construction and another 4,000 units in the planning phase.

In Kaka‘ako, an urban redevelopment area, housing production is up 500 percent since 2014 with 1,100 units built each year, compared to 200 units a year over the last 30 years.

The $200 million provided by this bill will enable the HHFDC to generate an additional 1,600 affordable units.

“The collaborative efforts of the community – from developers to builders, housing advocates and our legislators – is enabling the state to help our families realize their dream of having their own home. A stable home is the foundation for a stable and successful life. Our goal is within reach. Let’s continue to work together to build upon this momentum,” said Ige. 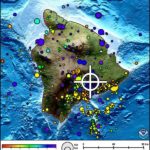 No Tsunami Threat to Hawaii After 5.4 Earthquake at Kilauea Summit 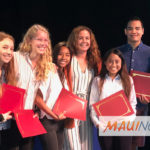