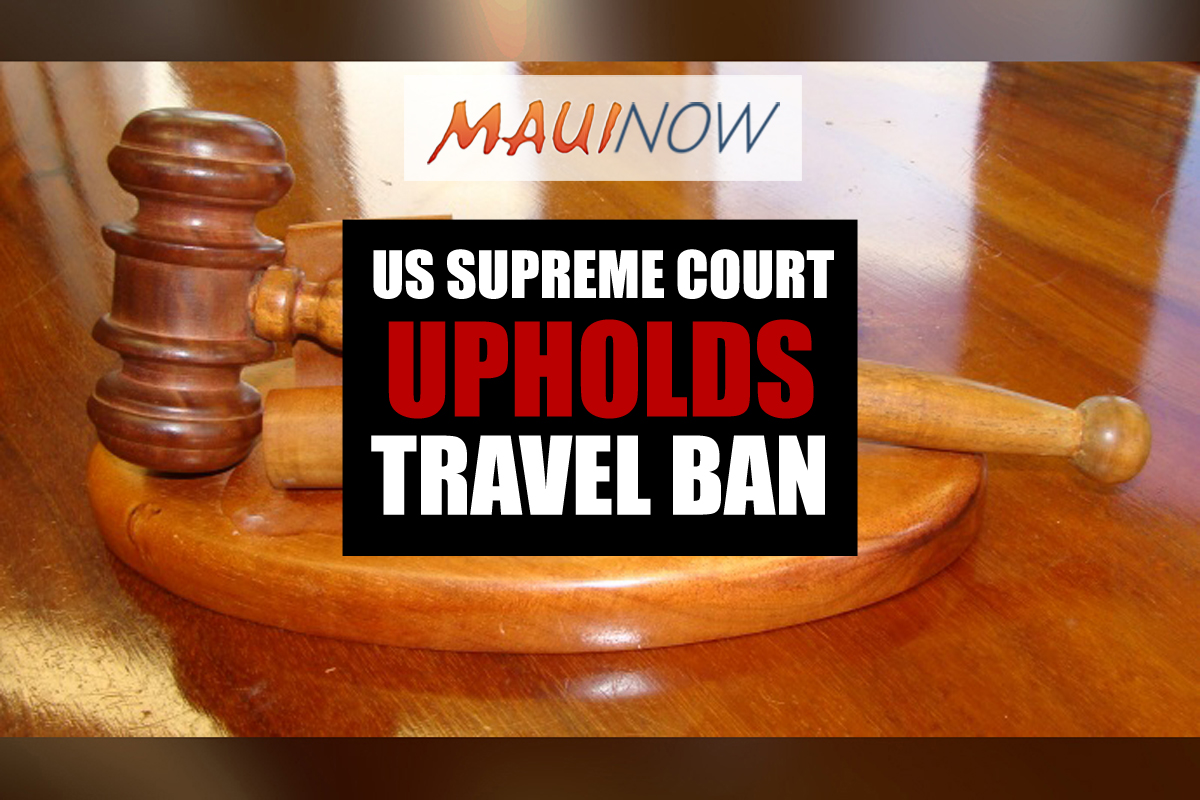 Last year, Lt. Governor Doug Chin, when he was the Attorney General, led the first challenge in the nation to the President’s revised order on the grounds that it was unconstitutional and illegal under immigration law.

Today, Chin said the path of civil rights does not always come quickly, but he said he has faith in humanity and believes justice will eventually prevail. “I hurt today for Hawai‘i families and others who have experienced discrimination and scapegoating due to President Trump’s bullying remarks and orders. I am fortified, however, by the spirit of all those who came before us and struggled for the American dream,” said Lt. Gov. Chin.

Hawaiʻi Governor David Ige was among the many government leaders in Hawaiʻi who spoke out about the ruling saying, “Many of Hawaiʻi’s families vividly remember experiencing unjust discrimination on the basis of race and national origin. Our state will continue to be a check on this president’s irrational fear of travelers from predominantly Muslim countries. Sadly, the Supreme Court’s decision does not reflect the American values of inclusion, freedom, and opportunity. And it does not reflect the Aloha Spirit that Hawaiʻi exemplifies.”

US Senator Brian Schatz reiterated his stance calling the ban “un-American,” saying “what is legal is not always just.”

“A narrow ruling on whether or not the President of the United States is in possession of the statutory authority to implement this policy avoids the basic question of whether or not it’s the right thing to do. The Supreme Court made the wrong decision and ignored the evidence that the Muslim ban, even the more narrowly tailored version, is a xenophobic policy that makes our country no safer than before,” said Sen. Schatz.

Fellow Senator Mazie Hirono called it “a dark day for our country” saying the court “handed the president unfettered power to continue to target minorities.” She said, “Every time our country has singled out a minority group for discriminatory treatment, we have been proven very, very wrong. The Supreme Court’s decision in Trump v. Hawaiʻi will be no different.”

President Trump issued a statement saying the ruling upholds the “clear authority of the President to defend the national security of the United States.” He said, “In this era of worldwide terrorism and extremist movements bent on harming innocent civilians, we must properly vet those coming into our country.”

He continued saying, “This ruling is also a moment of profound vindication following months of hysterical commentary from the media and Democratic politicians who refuse to do what it takes to secure our border and our country. As long as I am President, I will defend the sovereignty, safety, and security of the American People, and fight for an immigration system that serves the national interests of the United States and its citizens. Our country will always be safe, secure, and protected on my watch.”

“We are profoundly disappointed with today’s ruling from the Supreme Court, as we continue to believe the President’s travel ban is unconstitutional. We must remain vigilant and continue to challenge the President’s unprecedented, unjust actions, and protect Hawaii residents from his discriminatory policies.”

This case was originally filed in the federal District Court for the District of Hawaiʻi in February 2017, and at first concerned the litigation about the second travel ban. In October 2017, Judge Derrick K. Watson halted implementation of the third travel ban, and that ruling was upheld on appeal by the Ninth Circuit Court of Appeals in December 2017. The Supreme Court heard oral argument on the case on April 25, 2018.

The Congressional Progressive Caucus also spoke out against the ruling saying:

“Today, the United States Supreme Court ruled in favor of government-sanctioned discrimination against Muslim communities, refugees, and individuals from predominantly Muslim nations. This ruling will be remembered as one of the greatest failures of jurisprudence in modern history.

“America was built by individuals who sought to live freely from religious persecution and intolerance in a nation that valued democracy and equality. Today’s ruling abandons the Constitution in favor of fabricated ‘national security’ concerns by the Trump Administration. Barring people from entering the United States based on their nation of origin or the religion they practice is simply un-American.

“Policies that harm our nation’s diversity and attack basic human dignity have no place in our country. As the Trump Administration continues to express disdain for our values and the law, Congress must take action and check their power. We call for the Republican majority to hold immediate oversight hearings on the implementation of the “Muslim Ban” and join with members of the Congressional Progressive Caucus in passing legislation to stop this egregious affront to our society and values.”

In a separate ruling, the Supreme Court overturned Korematsu v. United States, the 1944 decision that ruled the World War II internment of Japanese-Americans to be constitutional.

US Senator Brian Schatz (D-Hawai‘i) released a statement saying, “It is beyond ironic that the Supreme Court has used its decision to uphold the president’s Muslim ban as an opportunity to right the wrongs of Korematsu.”

He continued saying, “It should not take 75 years for us to see with moral clarity that it is wrong to discriminate and wrong to oppress people based on their ancestry. In this case, better late than never. I hope that families who still carry the scars of internment find peace in today’s decision, and that the whole nation takes this opportunity to reflect on what it means for us to be in pursuit of a more perfect union.” 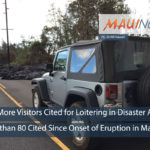 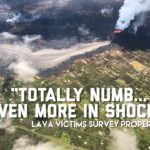