U.S. Senators Brian Schatz (D-Hawai‘i) and Bill Nelson (D-Fla.) led a group of 17 senators in demanding more answers from Commerce Department Secretary Wilbur Ross about where the proposal of a citizenship question for the upcoming 2020 Census originated and what factors played into its inclusion.

A June report by NPR found emails and internal memos from the Commerce Department that show that Secretary Ross and Kansas Secretary of State and head of President Trump’s defunct voter fraud commission Kris Kobach discussed the inclusion of the citizenship question in July 2017.

“We are concerned by recent reports that your decision to include the last-minute, untested citizenship question was inconsistent with testimony, written responses, and informal conversations you have had with several Members of Congress explaining your decision,” the senators wrote. “We request additional information and answers to ensure that political factors did not play a role in your decision regarding a constitutionally mandated activity that is traditionally nonpartisan.”

In their letter to Secretary Ross, the senators also highlight key points in the report that put Kris Kobach’s motivation into question. The report found Kobach’s discussion of the question with Ross came at the “direction of Steve Bannon,” the president’s former chief political strategist. And while Secretary Ross and the Justice Department insist that the question was motivated by the Voting Rights Act, early emails from Kobach never mention compliance to law as a factor. Instead, Kobach lists “congressional apportionment” in his correspondence to Secretary Ross. 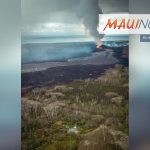 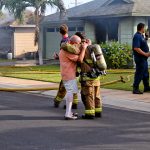