Nā Papaʻi Wawae ʻUlaʻula and the West Maui Preservation Association filed a lawsuit in the Environmental Court against the Hololani Condominium to prevent them from constructing a sheet metal shoreline hardening project along Kahana Bay. According to the groups, Hololani had announced plans to start pile driving in the shoreline area on August 1st.

The new sheet metal armoring project comes after an unsuccesful attempt to gain approvals from the state earlier this year for a different seawall and rock revetment project.

Maui Planning Director Michele McLean explained that a modified plan calls for sheet piles, which are vertical sheets driven into the ground mauka of the shoreline.  The sheet piles are described as a “temporary protective measure” until a regional beach nourishment project is initiated.

McLean said the properties along Kahana Bay have “hui’d together” to fund the environmental studies needed to begin this project, which she said “will benefit all of the properties and users of this stretch of beach.”  Once beach nourishment is in place, the revetment / sheet piles will have to be removed, according to McLean.

Plaintiffs argue that  shoreline hardening can cause erosion, harm reef ecosystems, fisheries, monk seals, and dissipate beaches leading to the accompanying loss of lateral access. “Kahana Bay was once rimmed with large expanses of sandy beaches. As the shoreline has become increasingly hardened, Plaintiffs, which include Hawaiian cultural practitioners, observed decreases in limu and changes in fisheries,” attorney for the plaintiffs, Lance D Collins said.

“Proposals to harden shorelines at the Hololani property raised concerns that it would set off a ‘domino effect’ as each of the nine condominiums in the Kahana Bay area would then be required to install their own armoring projects to protect against flanking,” said Collins.

Nā Papa’i and WMPA also challenge Hololani’s reliance on the County approval, arguing that “it was issued in violation of Planning Commission procedures, including a public hearing requirement, for determinations of SMA permit conditions and because it lacked necessary environmental review.”

In a letter to Hololani dated June 29, 2018 the Maui Planning Department issued a finding that the proposed project is in substantial compliance with the plans and representations made to the Maui Planning Commission.  The Department noted that the finding was not an amendment to any permit terms or conditions, which remain in full force, and does not authorize the condominium association to perform work outside of the scope of the approved project.

The letter further stated: “We are also comfortable that this modification is not larger than the original project, will have less of an impact on the environment and falls within the scope of the Special Management area and Shoreline Setback approvals granted by the Commission.” 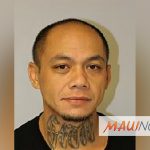 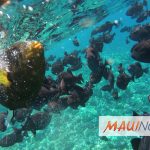