UPDATE: (8.22.18) Due to the anticipation of Hurricane Lane, all remaining C-SPAN events have been cancelled for Maui and Oahu.

C-SPAN, the Washington, D.C.-based pub­­­­lic affairs network, in coordination with Spectrum, is heading to Hawaiʻi August 15-25 as the next leg of the network’s 14-month 50 Capitals Tour.

Together, C-SPAN and Spectrum are bringing the 45-foot C-SPAN Bus on a boat to the islands of Oʻahu and Maui, where, in addition to hosting community events, C-SPAN will produce public affairs programming, including segments for its ongoing C-SPAN Cities Tour.

That programming, showcasing a variety of Hawaiʻi venues, public officials, non-fiction authors and local historians, will be featured on all three C-SPAN networks during the October 6-7 weekend. The C-SPAN Bus visit to the state Capitol in Honolulu is the 39th capital city visit along the tour.

*During the visit, C-SPAN will also conduct interviews (media-only events) scheduled at the Alexander & Baldwin Sugar Museum in Kahului and ʻĪao Valley State Monument in Wailuku. More events/shoots will be confirmed within the next week.

Moving the C-SPAN Bus around Hawaiʻi requires a great deal of logistical planning. C-SPAN will ship its motor coach by boat from San Diego, California, on August 8, arriving in Oʻahu on August 15. Following events around Oʻahu, the Bus will depart by boat for Maui and then sail back to Oʻahu before its August 28 return voyage to San Diego.

“We are excited to have this extended opportunity to introduce more Hawaiians to C-SPAN programming, particularly young Hawaiians, and to create content that will introduce our viewers around the rest of the country to some of Hawaiʻi’s rich political, historical and literary culture,” said C-SPAN co-CEO Susan Swain. “Our thanks to Spectrum for their longtime support of C-SPAN’s public service mission and for hosting us in the state and capital farthest from our home in Washington, D.C.”

“We’re thrilled to be a part of this incredible journey to Hawaiʻi with C-SPAN and to highlight the breadth of Hawaii’s history and culture in this unique way,” said Adam Falk, SVP, State Government Affairs, Charter Communications. “Our combined extraordinary efforts to bring the C-SPAN Bus across the ocean reflects our commitment to the communities we serve in Hawaiʻi.”

The C-SPAN Bus, which is celebrating its 25th anniversary, embarked on the 50 Capitals Tour in September 2017 to engage students, community members and elected officials in every state — through on-board interactive tablets and stations and by talking with residents about issues important to them for C-SPAN’s social media campaign, Voices from the States.

In Hawaiʻi, C-SPAN programming is provided by Spectrum as a commercial-free public service and can be seen on channel 45; C-SPAN2, featuring Book TV, on channel 47;

C-SPAN3, featuring American History TV, on channel 46 and on the web at C-SPAN.org. All funding for C-SPAN operations, including Bus and Cities Tour visits, are provided by cable and satellite television providers. 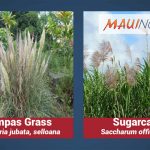 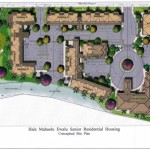