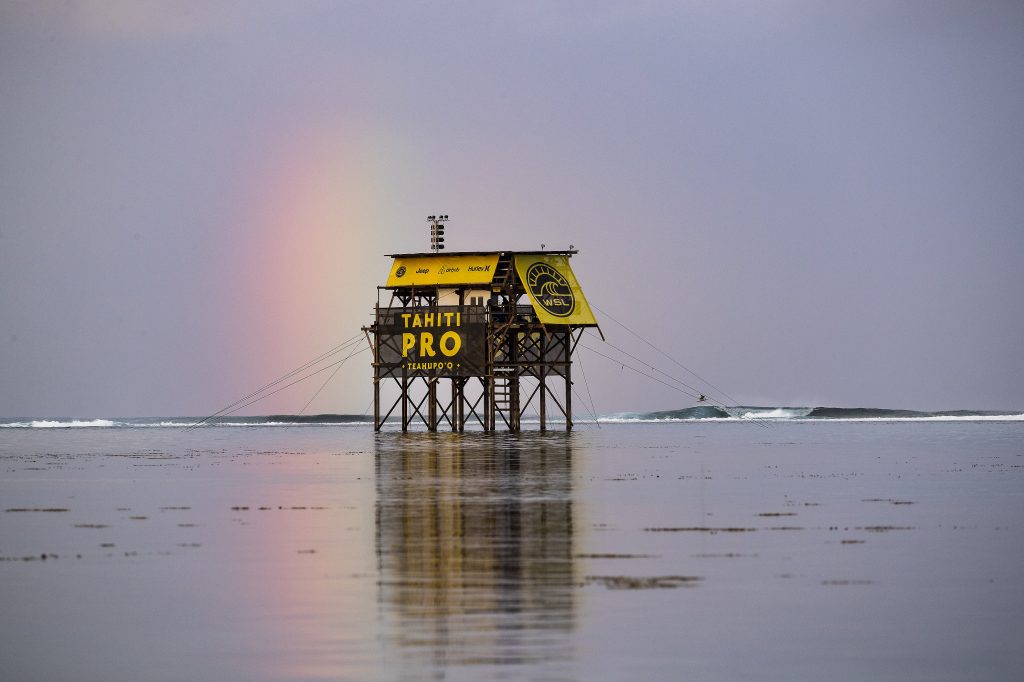 The Tahiti Pro Teahupo’o, Stop No. 7 of the World Surf League Championship Tour, is OFF for the day due to small surf at Teahupo’o where three Hawai‘i surfers are represented: Ezekiel Lau of O‘ahu, Sebastian Zietz of Kaua‘i, and Keanu Asing of O‘ahu.

Kieren Perrow, WSL Commissioner said, “With only small surf on offer at Teahupo’o, we will hold off for improved conditions.”

The event window starts today Aug. 10, 2018 and spans until August 21, providing the competition a window of time to allow for favorable surf conditions.

Surfline, the official forecaster for the Tahiti Pro, estimates a pulse of head-overhead height SSW-South swells approaching the surf break by Sunday or Monday (Aug. 12-13) at which point the competition can commence. However, that swell fades until mid-week with nothing of much substance through to the end of the event window. Hopes abound for a possible modest SW swell from Aug. 16-21.

The WSL Commissioner’s Office will reconvene tomorrow morning at 7:30 a.m. local time in Tahiti to
make the next call.

When the surf picks up, the event can be viewed LIVE online. 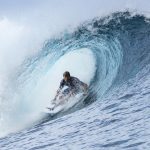 Tahiti Pro Competition Back ON for Round 2 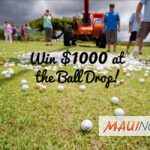