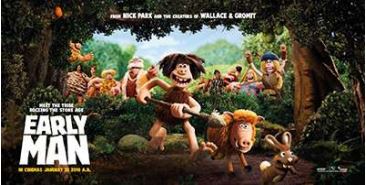 The showing takes place in the MACC’s A&B Amphitheater where gates open at 5:30 p.m. and the film starts at 7 p.m. Admission is free.

Film attendees should bring a low-back beach chair and/or a blanket to spread out on the A&B Amphitheater lawn for the film screening. Attendees can arrive early and enjoy live pre-show musical entertainment with Shem Kahawai‘i and a free keiki art activity.

Food and beverages from local food trucks will be available. No coolers or outside food/beverages allowed.

If the weather is inclement, the movie will still be shown in Castle Theater and seating will be first come/first served.

About the film: A cave man named Dug, his sidekick Hognob and the rest of their tribe face a grave threat to their simple existence. They must unite in an epic quest to defeat a mighty enemy — the Bronze Age. Features the voices of Eddie Redmayne as Dug, Nick Park as Hognob and Tom Hiddleston as Lord Nooth. An original stop-action film from Aardman Animations along with director Nick Park of Wallace & Gromit.

The film is rated PG and has a running time of 1 hr 40 minutes.

This edition of Starry Night Cinema is presented by Maui Arts & Cultural Center with the support from the County of Maui. 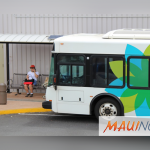 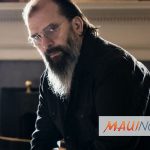