US Senator Brian Schatz of Hawai‘i recently voted to help pass legislation to keep seats and legroom space on airplanes from shrinking.

Sen. Schatz, who is a member of the Senate Subcommittee on Aviation Operations, Safety and Security, has been a vocal advocate for consumers against increased attempts by airlines to cut the size of seats.  “Hawai‘i travelers are tired of getting less and less space for their hard-earned money. This bill, which will soon be law, gives the FAA the authority step in and say enough is enough,” said Sen. Schatz.

The legislation, which was included in the sweeping Federal Aviation Administration Reauthorization Act of 2018, will require the FAA to collaborate with experts and consumer advocates to mandate minimum seat size standards consistent with airline passengers’ health and safety needs.

The bill would direct the FAA to set minimum standards for seat pitch, width and length on all commercial passenger planes. 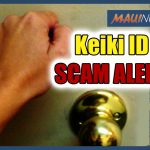 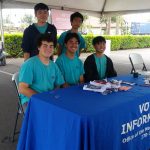