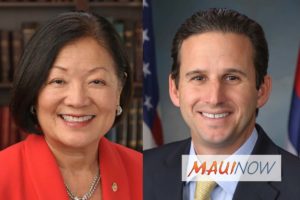 US Sen. Mazie Hirono and US Sen.Brian Schatz. Courtesy photos.

“We have serious questions as to how the removal of equipment that can save the life of an employee or a visitor in the case of an emergency contributes to employee well-being, and on what basis it was determined that removal of this equipment is an appropriate course of action,” the Senators wrote. “With in-office access to an AED and proper training, IRS workers can learn to recognize the signs of sudden cardiac arrest and can provide immediate assistance with an AED, which greatly increases the odds for victims.”

The AED devices are currently available to be used by trained employees to treat cardiac arrest in IRS workers or members of the public. Sixty-eight employees of the IRS office in Honolulu sent a petition to the Senators in support of keeping AED units available to Hawai‘i IRS employees. IRS employees are represented by the National Treasury Employees Union (NTEU).

“NTEU appreciates the concern of Sen. Hirono and Sen. Schatz for the health and well-being of IRS employees and the taxpayers who visit the offices,” Tony Reardon, national president of the National Treasury Employees Union said. “They are absolutely right to question whether this is an appropriate action to take given the proven benefit of automated external defibrillators and I thank them for their letter.”

Sens. Hirono and Schatz offered an amendment to the Financial Services and General Government appropriations bill that would fund the IRS and many other government agencies (S.A. 3644 to H.R. 6147), to specify that the IRS should not spend funds to remove AEDs from IRS offices.

The amendment was not included in the Senate’s version of the bill, which remains in a conference committee between the Senate and the House of Representatives.

A full copy of the letter can be downloaded here. 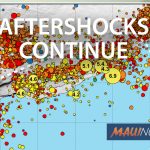 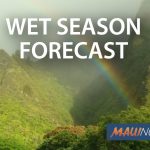