The Hawai‘i Department of Health has declared the end of the statewide mumps outbreak. The outbreak began in March 2017 with two clusters of cases involving nine individuals on O‘ahu and steadily climbed to 900 cases within a year.

In total, 1,009 people with mumps were identified during the statewide outbreak.

“We are able to declare the outbreak over because there have been no new cases confirmed in the last 50 days, which totals two maximum incubation periods for the illness,” said Dr. Sarah Park, state epidemiologist. “To curb the number of people getting sick, we recommended an additional MMR vaccine dose especially for adolescents and adults. We appreciate the public and our healthcare providers heeding this recommendation and for their vigilance.”

According to the U.S. Centers for Disease Control and Prevention (CDC), the number of cases of mumps rose significantly during 2016 and 2017 nationally to more than 6,000 annually. Since January 1, 2018, other states with unusually high numbers of mumps cases include Alaska, California, Illinois, New York, Pennsylvania, Texas and Virginia.

Although the outbreak dose of MMR vaccine is no longer recommended, routine vaccination of all children should continue according to the Advisory Committee on Immunization Practices recommended schedule because mumps continues to circulate in the United States and worldwide. All adults born in 1957 and later should have documentation of at least one dose of MMR vaccine; adults at high risk of exposure to mumps—including international travelers, post-secondary school students, and healthcare workers—should receive two doses.

In addition to routine vaccination, DOH recommends other prevention strategies, including staying home when sick, covering coughs and sneezes and washing hands frequently.

To learn more about the recent mumps outbreak, click here. 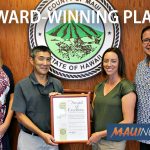 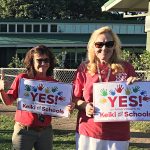