The US Department of Homeland Security Office of the Inspector General released a report reviewing the Federal Emergency Management Agency’s role in the Jan. 13, 2018 false missile alert sent to Hawaiʻi residents. The report was made in response to a request by US Senator Mazie K. Hirono of Hawaiʻi.

The report identified a number of areas of concern for Hawaiʻi’s alert system and alert systems across the country—such as FEMA not requiring that alert software have the ability to preview or cancel alerts.  Currently, FEMA only recommends that software include these functions as “best practices.”

The report also noted software vendors are not required to provide training to authorities on how to use their software.

While the report states that Hawaiʻi’s false missile alert did not result from these concerns, the OIG recommended staff training and the inclusion of safeguard capabilities in emergency alert software as alerting authorities may continue to face challenges without them.

“I thank the DHS Inspector General for providing much needed answers on FEMA’s role in the false missile alert sent to Hawaiʻi residents and the overall management of the alert system it oversees,” Sen. Hirono said. “The inadequate safeguards found in the report are unacceptable and I will closely monitor FEMA’s progress in implementing the Inspector General’s recommendations to ensure such an incident never happens again in Hawaiʻi, or in any other state that utilizes an emergency alert system.”

As a member of the Senate Judiciary Committee, Hirono secured a commitment from Secretary of Homeland Security Kirstjen Nielsen during an oversight hearing on Jan. 16, 2018 to strengthen federal-state cooperation on emergency alerts, assess potential human and systemic failures, and improve overall readiness in Hawaiʻi and across the country.

Sen. Hirono is an original cosponsor of Sen. Brian Schatz’s (D-Hawaiʻi) Authenticating Local Emergencies and Real Threats Act which would give the federal government the primary responsibility of alerting the public of a missile threat and require FEMA to recommend best practices to local officials on initiating, modifying, and canceling alerts. The ALERT Act unanimously passed the Senate on June 28, 2018 and is pending action by the US House of Representatives. 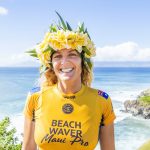 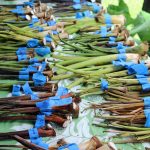