Hawaiʻi Island Police have identified the victim of yesterday’s officer-involved shooting on the Big Island as 30-year-old Tori M. Kaneshiro of Pāhoa.

Puna District Police officers had stopped to check on a car parked on the shoulder of the road with its hazard lights activated.

After making contact with the woman within, police determined she had an outstanding bench warrant, and she was going to be arrested.

Police say the woman indicated she would not come out of the car, and then jumped into the rear of the vehicle, grabbed a rifle, and refused to let go of it despite repeated orders to do so.

The initial officer fired his duty weapon, injuring the woman. Officers at the scene administered CPR and first aid before transporting the woman to the hospital, where she died.

The officers present, as the events unfolded have 12, 11 and less than one-year of Police Service.

As is standard practice with police involved shootings, both criminal and administrative investigations will be conducted.

Police have also initiated terroristic threatening and unattended death investigations. An autopsy has been ordered to determine the woman’s exact cause of death. 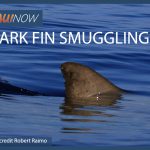 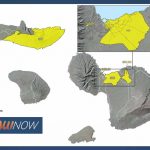