A mass of plastic trash and tangled fishing nets weighing between 1500 and 2000 pounds and measuring about 30 feet in length was removed from a remote coastline on Lānaʻi.

The mass was discovered by a couple, exploring the coastline by boat last week in celebration of their anniversary. Sven Lindblad, Founder of Lindblad Expeditions, and his fiancé Kristin Hettermann, Founder of OCEANSCAPES, discovered the waste washed ashore on the remote volcanic tidepools by the Nānāhoa Islet off West Lānaʻi.

Upon snorkeling to the spot and climbing to investigate, the couple saw something up close that shocked them both: “a mass of fishing net so dense that it could not be budged, with [an] uncountable assortment of different types of fishing and cargo nets, buoys and other plastic trash.”

The couple and their captain guessed the net may have come ashore during recent weeks of stormy weather.

Unable to move the debris on their own, Lindblad and Hettermann reached out to Captain Jason Allen of Fish N Chips that evening for a quote to charter him again – but this time with a local free diver, Skylar Fisher.

“As inspired ocean conservationists, Sven and I are constantly exploring the world’s ocean, raising awareness for its challenges, encouraging behavior change, and supporting organizations doing important ocean conservation work,” Hettermann said. “It just didn’t seem right to leave it there when we had the capacity and resources to do something about it.”

The group returned the next day to work together to reclaim the trash and take it to a place where it could more easily and properly be disposed of by the island’s services.

“We had no idea how this was going to work. It was a very difficult task, and our first attempt was to try to hook it with a large metal marine grade hook and use the boat’s 500 HP engine to drag the net back into the sea. The hook immediately bent,” recounted Lindblad. “When we were able to get line tied around the girth of the mass, the boat was powerful enough to drag it off the ledge and into the ocean.” The group towed the mass back to the Mānele Small Boat Harbor for two hours at a speed of 2 knots.

Sven and Kristin decided to undertake the challenge in hopes that their efforts would inspire others to do their part in cleaning up the ocean. “Hopefully as we move to the future new materials will be made that can address human needs (sustenance, transport) and not last for decades in our natural systems,” Hettermann said. “Even though what we saw was a lot of fishing net, the blame is not to rest on the fishermen just throwing their trash in the ocean. So much of our modern challenge rests in just cleaning up the remnants of the past – what was accepted and expected and somehow ended up in our natural system. Every little bit of trash that is removed from the ocean system helps as we hopefully move toward a more sustainable future for our planet.”

According to a report jointly produced by FAO and UNEP, fishing nets abandoned at sea remain in the marine ecosystem for hundreds of years, and can result in the accidental capture of dolphins, turtles and other marine animals, which can die trapped in the mesh. The couple notes that there’s also challenges that they present to boats when they get caught in engines. Known as ghost fishing nets, experts have estimated that there are roughly 640,000 tons of these nets currently in the ocean, accounting for 10% of the total plastic waste in the sea.

“If you imagine anyone with means — whether it be a boat, willing hands or monetary resources — viewing ocean trash as an obligation to act, citizens of all stripes could accomplish a lot to rid our oceans of this scourge,“ Lindblad said.

Lindblad and Hettermann are based between Maui and New York and both active internationally in the ocean conservation arena. Lindblad is an Ocean Elder, a dedicated group of global leaders that use their collective influence to pursue the protection of the ocean’s habitat and wildlife. Hettermann is an artist, writer, and underwater photographer. 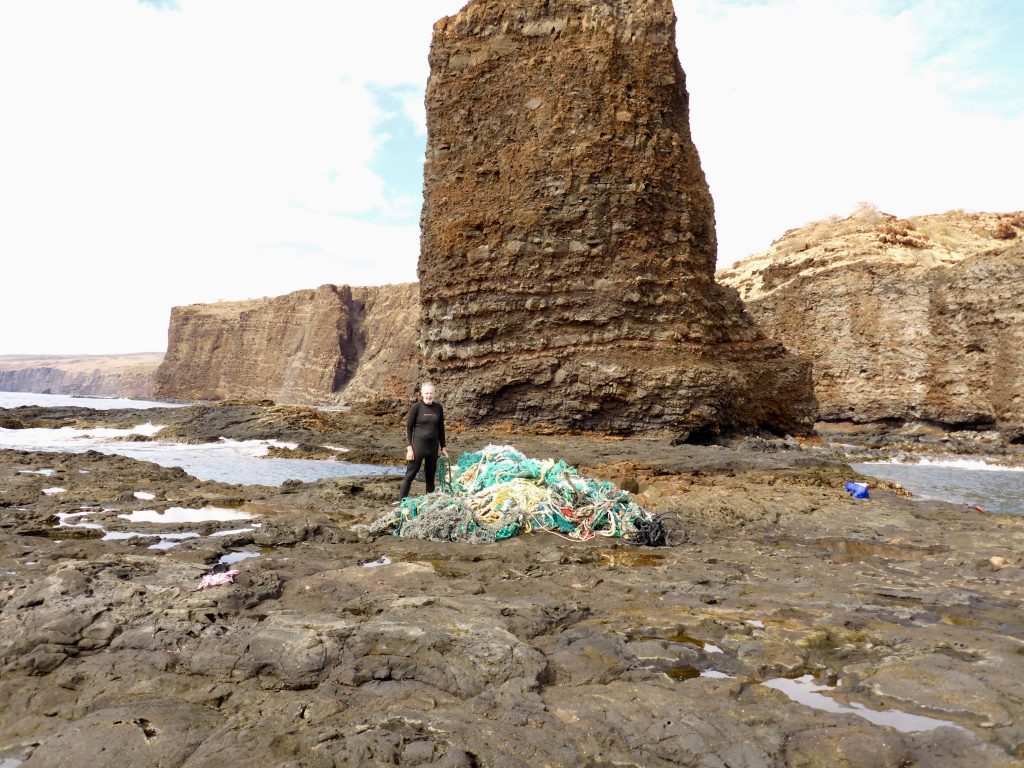 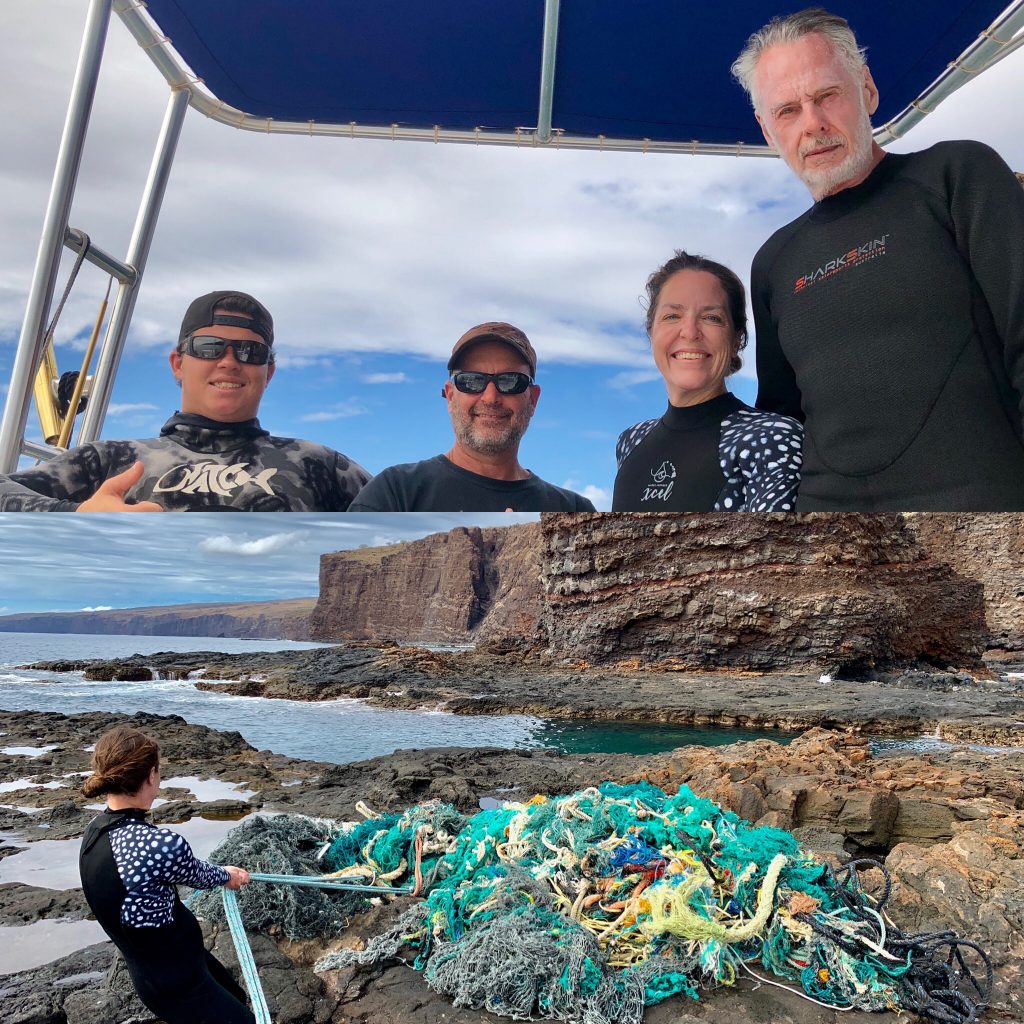 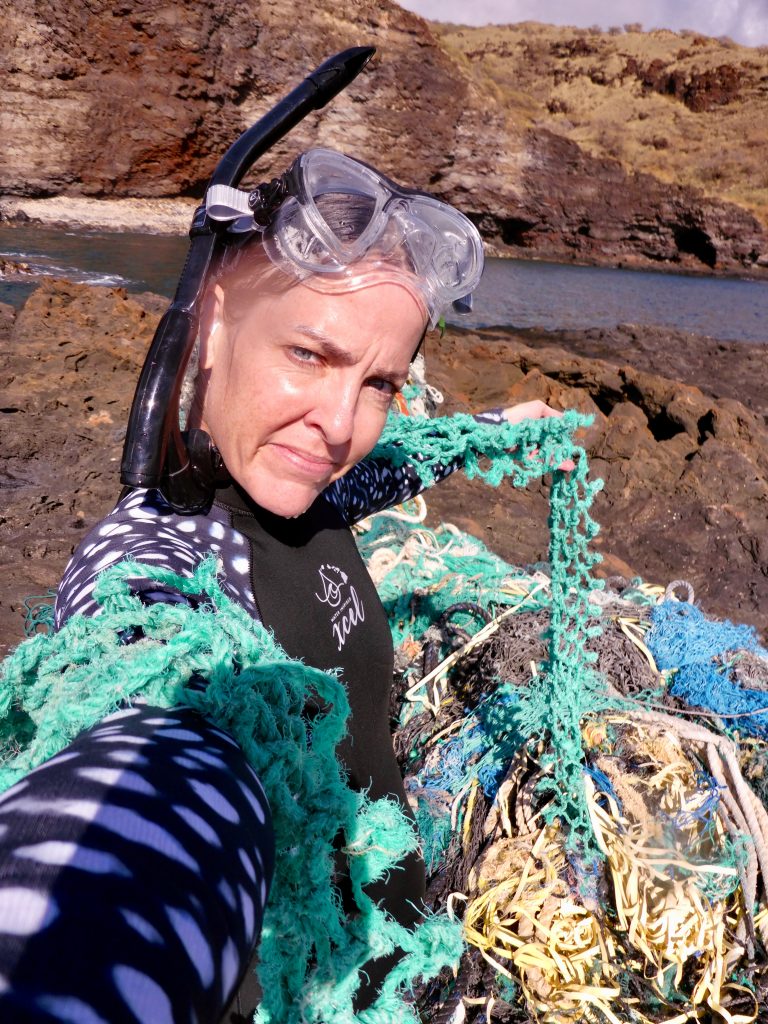 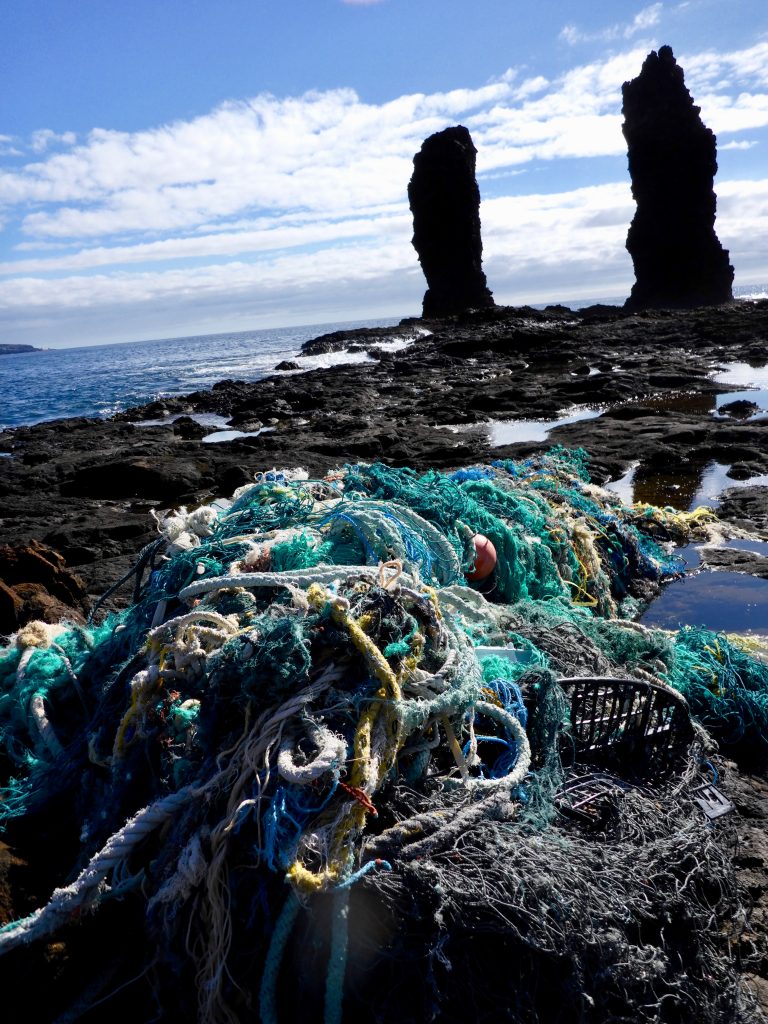 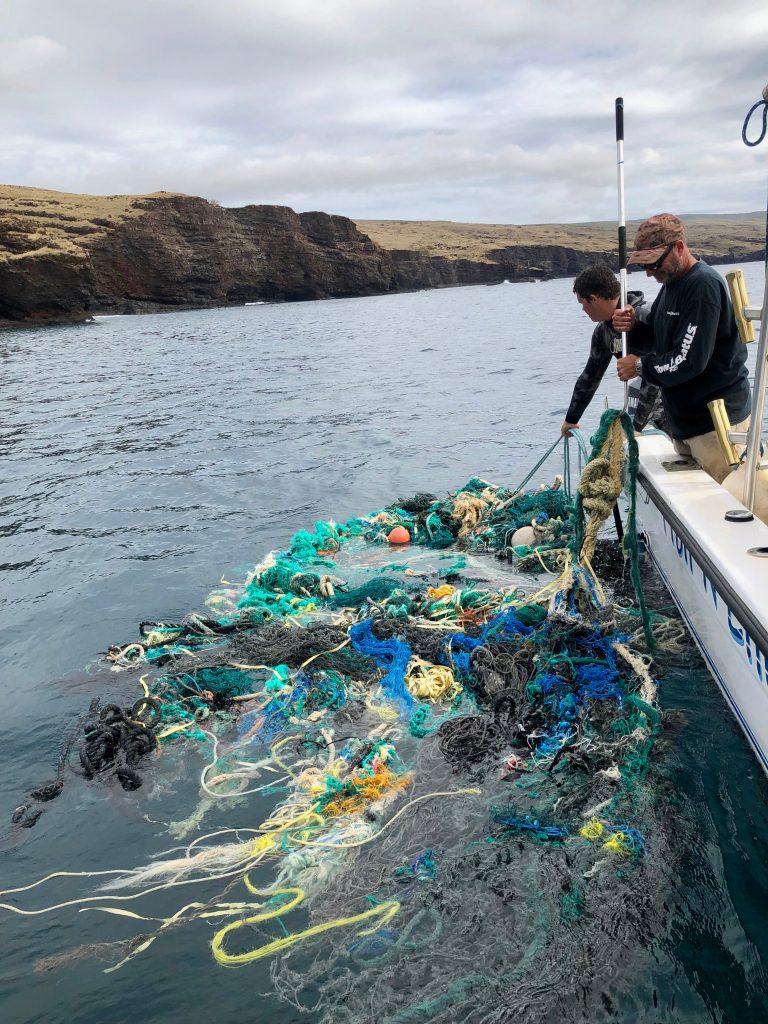 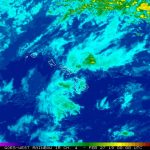 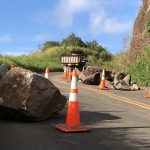