US Senator Brian Schatz introduced the Census Improving Data and Enhanced Accuracy Act this month.  The legislation seeks to protect the accuracy of the 2020 census and ensure any proposed changes to the count are properly studied, researched, and tested.

According to Sen. Schatz, the Census IDEA Act would:

“The leadership at the Commerce Department has not been on the level about the census,” Senator Schatz said. “We saw with the citizenship question that presidential appointees are eager to politicize this Constitutionally mandated process. It’s a sad state of affairs that we even need a bill to protect the census from unlawful political interference, but clearly it is needed.”

Last year, Commerce Secretary Wilbur Ross proposed a new addition to the census that would likely influence the accuracy of the survey. Without proper studies and testing, last-minute changes or additions to the census may discourage people from being counted and may not result in an accurate population count as mandated by the Constitution. 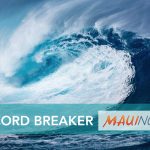 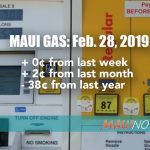