Hawai‘i Attorney General Clare E. Connors joined a coalition of 21 state attorneys general on Tuesday, March 5, 2019, in filing a lawsuit challenging the constitutionality of a new Title X “Gag Rule” that will significantly restrict access to reproductive health services and information for women and families.

Planned Parenthood Federation of America and the American Medical Association also filed a parallel lawsuit in the U.S. District Court in Eugene.

“We joined this litigation because the regulations are unconstitutional, were enacted illegally and without any evidentiary basis,” said Attorney General Connors. “These new rules would, if implemented, directly harm Hawai‘i families, particularly women, by limiting their access to quality comprehensive healthcare. The changes would significantly decrease funding for medical services to uninsured, under-insured, and low-income individuals.”

The lawsuit filed today alleges that the Title X rule, if implemented, would reduce access and erode the quality of reproductive health care that Title X was originally intended to provide for low income individuals. The new rule would also interfere with the health care provider and patient relationship, by limiting what a doctor can say to a patient.

Under the new rule issued by the U.S. Department of Health and Human Services, providers in any clinic that receives Title X funding will be barred from referring a patient for an abortion (even if she requests that information), and in many circumstances even discussing an abortion with a patient. The new rule also mandates a referral for prenatal care for every pregnant patient, regardless of the needs or the wishes of the patient. 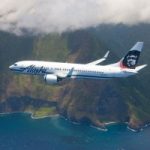