The Fairmont Kea Lani resort announced their new Artist in Residence program with renowned sculptor Dale Zarrella. The program includes a living gallery of Zarrellaʻs life size sculptures in the resort’s lobby and public areas. Guests may also observe Zarrella as he sculpts the latest pieces in his collection alongside the coastal path of the resort.

Zarrella will lead an art tour called “A Night of Art, Culture, and Chocolate” each Wednesday at 6 p.m. During the tour, Zarrella will share the myths and legends that he aims to portray in his sculpture collection. Zarrella will also discuss his experiences while gathering the Hawaiian woods and bronze he uses to create his pieces.

“We are delighted to welcome Dale Zarrella into our ‘ohana. It is a privilege to be able to incorporate his larger-than-life island-inspired sculptures as part of the guest experience,” Fairmont Kea Lani’s general manager Michael Pye said. “Dale is recognized and respected for his work depicting historical figures in Hawaiian culture as well as nautical scenes of the abundant marine life of the Hawaiian Islands. He passionately shares the stories of his extraordinary sculptures with visitors from around the world.”

Zarrella developed an interest in art as a child and moved to Hawaiʻi as a young adult over 30 years ago. Awe-struck by the variety of hardwoods and natural inspirations that Hawai’i has to offer, Zarrella decided to immerse himself in the cultural heritage. According to the resort, Zarrella works with cultural practitioners and has created a collection of sculptures reflecting monarchs, demigods, and significant figures from Hawaiʻi’s illustrious past.

During the summer of 2018, the Fairmont Kea Lani commissioned Zarrella to create sculpture of Hawai’i’s revered Queen Lili’uokalani. Zarrella’s most notable works include four sculptures commissioned for Pope Benedict and Pope Francis at the Vatican in Rome. 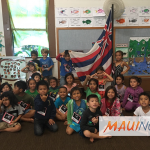 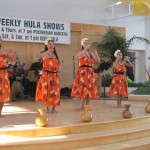