In case you missed Maui Now's coverage on KHON2 News, here's the video from our tour of Kahului Airport's new Consolidated Rental Car facility and Electric Train, which are less than two months away from opening. The full story is posted at: http://mauinow.com/?p=296146#MauiNowNews #ConRAC #OGGStory by Wendy Osher / Video by Gaylord Paul Garcia

A major project at Maui’s Kahului Airport in less than two months from completion.

Visitors to Kahului Airport are in for a new experience. Upon landing, they grab their baggage as usual, but come May 15th, those renting a car will jump on a new electric train, taking them on a three to four minute ride to the brand new Consolidated Rental Car facility or ConRAC.

The new electric trains are part of a $340 million project to relocate car rental services to a single location on property.  The trains were designed with Maui’s old plantation days in mind.

“We decided that plantation was Maui.  We went to Kauaʻi, we looked at a few old trains.  We also went to the Lahaina Puʻukoliʻi train station and looked at some styles there and this is what we came up with,” said Marvin Moniz, Maui Airports District Manager.

According to Moniz, each train car is named after the islands within Maui Nui.  “We looked at a few others–some bird names to kind of match airplanes, but we thought of going with Maui Nui and highlighting our islands that fall under Maui was the best way to go,” he said.  There’s also a vintage clock at both ends of the train track–one at the train station, and the other at the ConRac facility.

Airport officials say the electric trains replace some two dozen shuttle buses that currently run 75 to 85 trips an hour between the terminal and car rental companies across the street.  It will travel at 15 mph and make two stops for a six minute round trip. Transportation officials say it has the ability to transport 900 passengers in one hour.

The specialty contractor that installed the train is the same company, Schwager Davis Inc., that operates the High Roller–the 550-foot tall giant Ferris Wheel in Las Vegas, as well as other tram systems in the mainland US.

“This is a great moment for our company,” said Mike Spenny, Operations and Maintenance Manager for the train.  “This is you know a one of a kind project as far as the tram system itself,” he said.

The train station, located across the street from baggage claim, is equipped with a control room that allows for surveillance and safety monitoring around the clock. Each train car holds 30 passengers with the ability to transport 900 people per hour.  The system also has a few unique features.

“We have sensors over on the tracks, so when I pull up into departures, it’ll detect that the train is right there,” said Melanie Burgess, train driver at the Kahului station.  “And so what it will do, is it will open up the gates to block off people from going through the cross walk and then the track will flip over so that I have the connection to go across the crosswalk,” she said.

The electric train is part of the larger transformation that features the new car rental facility itself–a three level structure with an additional basement level.

The ConRAC has 1.2 million square feet of space and sits on a 19 acre parcel. The building features a total of 4,436 parking stalls: 3,743 for car rentals; and 693 stalls on the upper level for airport staff/employee parking and space for overflow inventory.  There’s also 72 fuel pumps (36 on level 1 and 2), 11 service bays and 12 car wash racks.

Airport officials say the facility was entirely funded by Customer Facility Charge, the daily $4.50 fee charged to rental car customers in Hawaiʻi.  Moniz said that with an estimated 2,000 vehicles rented on Maui each day, the fees were enough to fund the facility, with no taxpayer money involved.

In 2010, the state legislature reviewed a bill that sought the increase in the rental motor vehicle customer facility charge from $1 daily to $4.50. Lawmakers at the time noted that the revenues generated would strongly support the program as well as the bonds to finance related ConRAC construction projects at the Daniel K. Inouye International Airport in Honolulu and Kahului Airport on Maui

Accoring to Moniz, the Maui project employed between 300 to 350 during construction and the ConRAC facility will employ about that many individuals when fully operational, with some companies planning for expansion following their move to the ConRAC.

Moniz tells us that moving employee parking to the ConRAC will free up space for the general public at the main lot where crews are also re-striping to better accommodate parking needs.

Plans call for the old rental car area across from Lānui Circle, off of Koeheke Street to be used for businesses.

The Consolidated Rental Car Facility will officially open to the public, on schedule on May 15th, with a soft celebratory opening the day before. 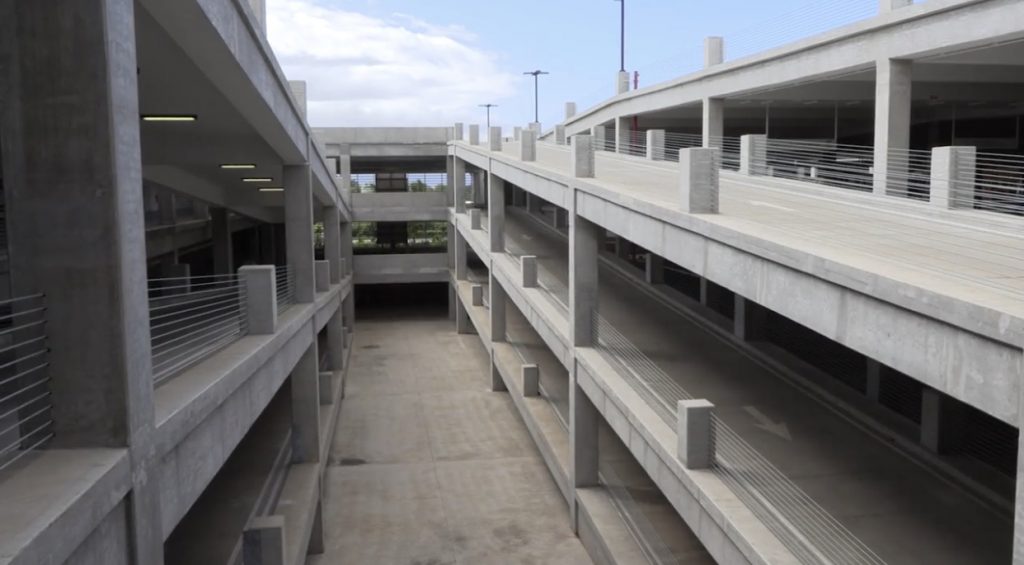 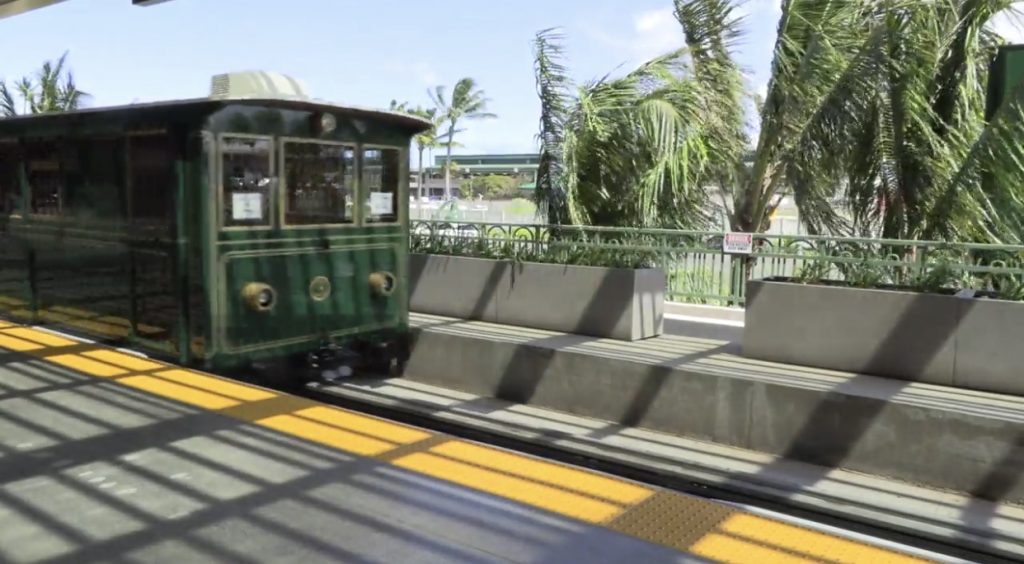 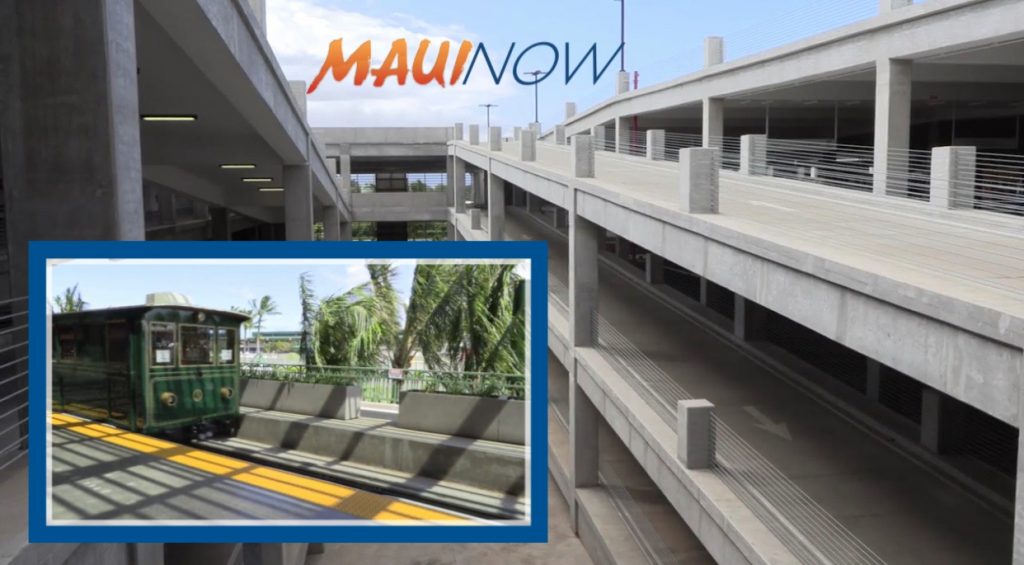 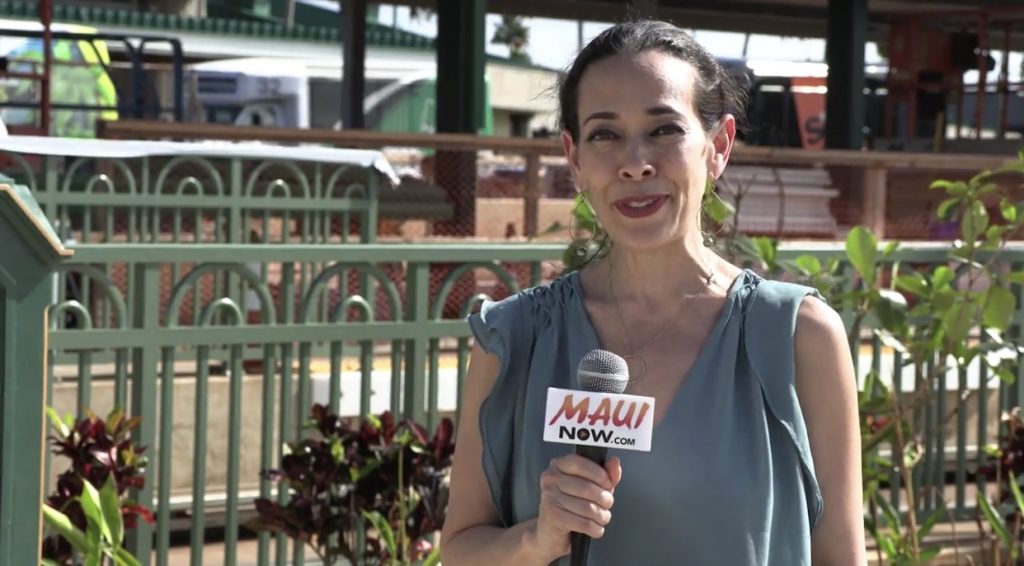 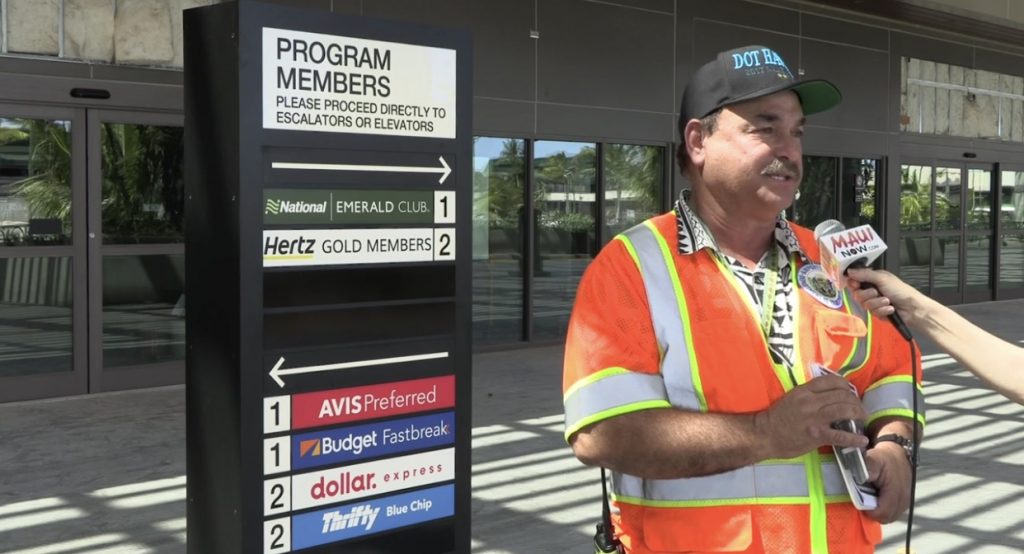 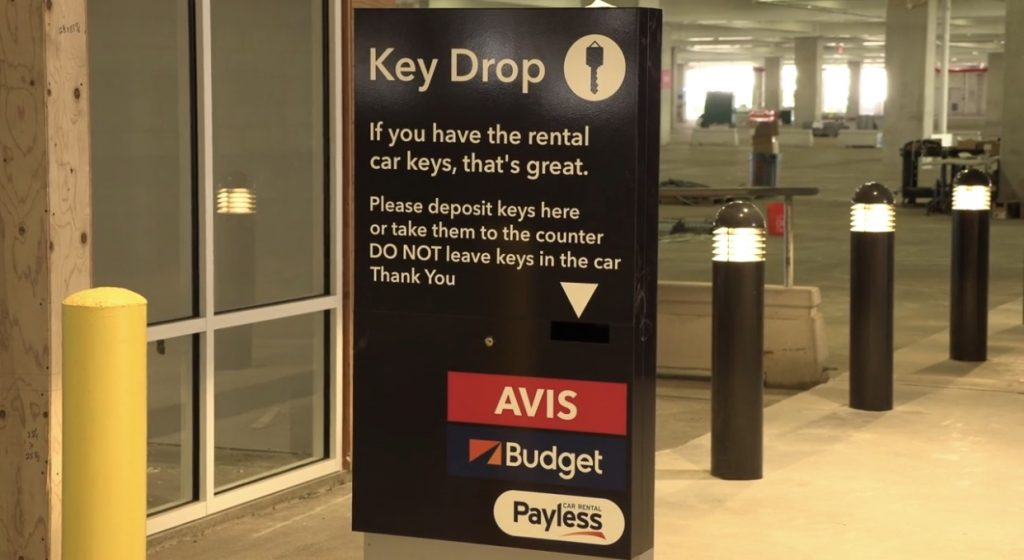 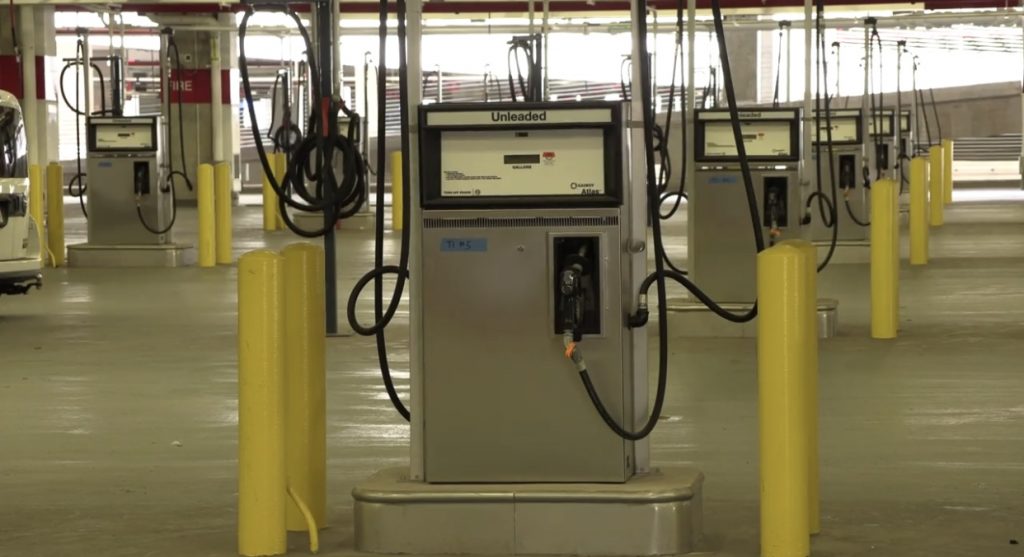 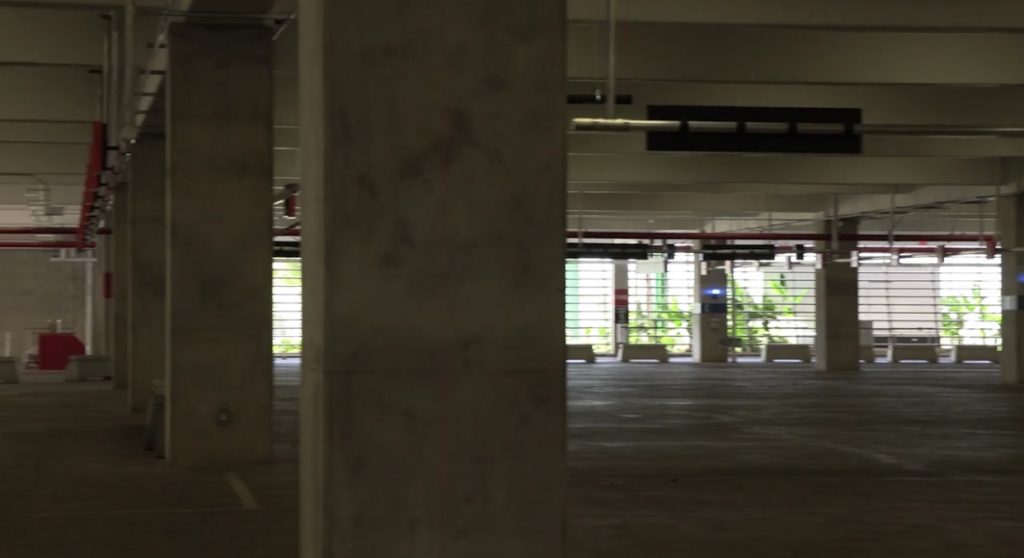 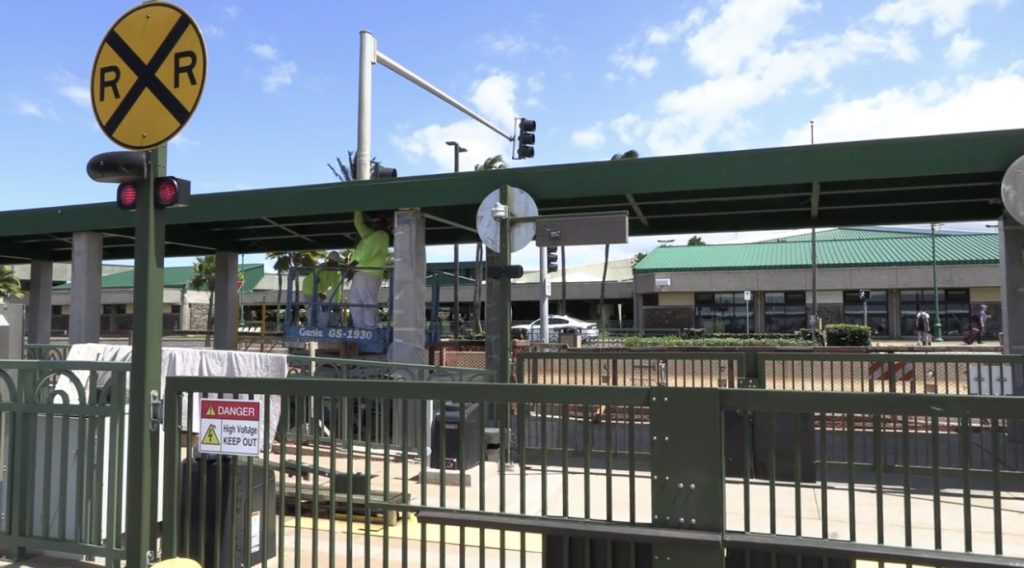 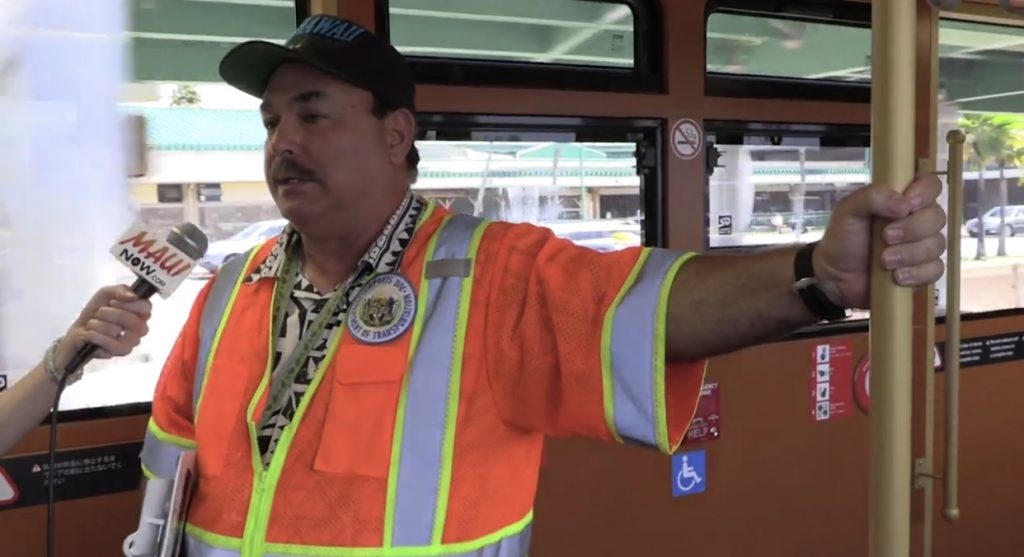 Scroll Down to Read 104 Comments 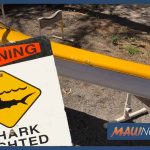 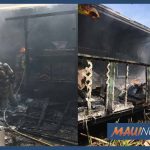