The 2018 Maui Jim Maui Invitational attracted almost 7,000 visitors and generated $21.99 million in sales statewide. Since the Tournament’s inception in 1984, it has contributed more than $250 million to the local island economy, including more than $80 million in the last five years.

“This event is undoubtedly one of Hawaiʻi’s marquee attractions, drawing some of the best collegiate basketball talent year over year, while also providing the opportunity to showcase the natural beauty and rich culture of Maui,” said Chris Tatum, president and CEO of Hawaiʻi Tourism. “The Lahaina Civic Center is one of the most unique and intimate settings for a sporting event of this kind, and lends itself to being an unforgettable experience for players, coaches and fans alike. We look forward to continuing to work with the Maui Jim Maui Invitational for years to come.”

“Here on Maui, we take great pride in hosting the Maui Jim Maui Invitational and bringing positive economic impact to our local community and residents each year,” said Sherry Duong, executive director of the Maui Visitors and Convention Bureau. “There is simply nothing else quite like the Tournament that showcases the island’s scenery, lifestyle and the Aloha Spirit.”

The beauty and culture of Hawaiʻi was on full display during the 2018 Tournament. All 12 games at the Lahaina Civic Center were televised live to a national audience by the ESPN networks, reaching close to 8.9 million viewers. In addition, Tournament games were seen internationally on ESPN Caribbean, ESPN Pacific Rim, ESPN Latin North, ESPN Brasil, and in Australia via STV.

Gonzaga claimed its second Maui Jim Maui Invitational Tournament title last November, beating Duke, which was previously undefeated in all of their Tournament appearances. The Bulldogs took down the Blue Devils after knocking off Illinois and Arizona. Iowa State, San Diego State, Xavier and Auburn also took part in the 2018 event, with Xavier and Auburn making their first ever trips to the Tournament. 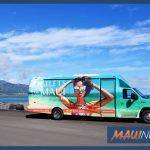 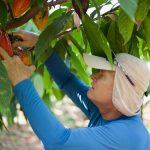