Report: Visitor Spending on Maui Drops Despite Rise in Arrivals

This past March, total visitor spending statewide declined 2.3% compared to March of last year. Visitor spending rose from US West but decreased from US East, Japan, Canada, and all other international markets.

On a statewide level, average daily visitor spending was down 3% in March year-over-year. Visitors from the US West, Canada, Japan, and US East spent less per day in March compared to a year ago.

There were slightly more air service arrivals from US West, US East, and Canada in March compared to last year. Arrivals from Japan were comparable, while arrivals from all other international markets decreased.

The average daily census of total visitors in the Hawaiian Islands on any given day in March was 253,498, comparable to March of last year.

More information is available on the Hawaiʻi Tourism Authority website. 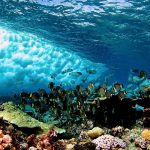 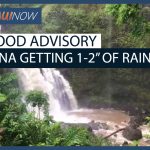