Scuba Diver in Distress Brought to Safety at Māla Wharf

A scuba diver is safe after becoming separated from her dive group in West Maui waters on Saturday afternoon.

The 28-year-old woman ended up on a shallow reef and was observed waving her arms for help, said Val Martin, Assistant Chief of Support Services for the Maui Department of Fire and Public Safety.

Fire crews responded to the scene after a witness on the beach called 9-1-1.

A lifeguard on a rescue watercraft arrived on scene along with a fire fighter on a surfboard to help.

The woman was brought to shore and did not need any medical treatment, fire officials said. 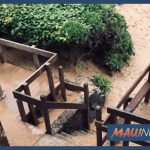 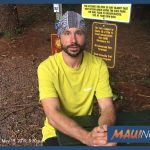