US Congresswoman Tusli Gabbard, who is among the democratic candidates for president in 2020, is speaking out against the recent arrest of a grandmother in Texas for possession of CBD oil.

In a campaign video, Gabbard said the arrest “underscores the absurdity and hypocrisy of federal laws related to marijuana.”

She explained that CBD oil is a resin from the cannabis plant, which is used to treat arthritis and other ailments.

“While grandma is getting arrested for possessing medicine that contains CBD oil, Americans are still being prescribed highly addictive opioids, even when a non-addictive painkiller would be enough,” Gabbard said in the campaign video segment.

She said she hopes to remove marijuana-related convictions from the records of “otherwise law-abiding Americans,” and, “make sure that those responsible for this opioid epidemic are held accountable.” 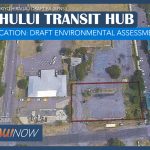 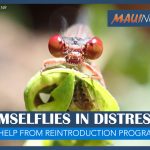 Damselflies in Distress Get Help at Island Pond