A Maui man was pulled unresponsive from waters off of East Maui in Kaupō on Saturday morning, June 29, 2019.

Maui police have since identified the man as 44-year-old Patrick Ramos of Wailuku.

The incident was reported at 11:18 a.m.  Police tell Maui Now that the man reportedly jumped into the water at Nuʻu Landing and became distressed, then unresponsive.

Units responding to the scene included Engine 13 and Rescue 10.

Maui Fire Services Chief Rylan Yatsushiro said it is unknown what the events were, leading up to this emergency.  Maui Police Lt. Gregg Okamoto tells Maui Now that the exact cause of death is pending autopsy results.

This was the first of two water deaths reported in Maui County over the weekend.  In a separate incident, a two-year-old girl was pulled unresponsive from water at Hālawa, Molokaʻi. 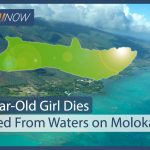 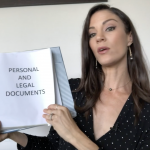