“Today, councilmembers’ hearts are aching for our colleague,” said King. She explained that Wallace died suddenly on Wednesday “while doing what he loved, working on their farm on Molokaʻi.”

Rawlins-Fernandez reportedly received the call from her mother in her Maui Council office after the Affordable Housing Committee meeting had ended.

Along with his daughter Keani, Wallace is survived by his wife, Liko Wallace, two sons, Kale and Kaneil Wallace, son-in-law Makena, and 12 grandchildren.

“The family requests privacy as they recover from the shock of the unexpected loss and plan funeral services,” according to the press release statement.

Other councilmembers will assume the meeting duties of Rawlins-Fernandez while she spends the following week on Molokaʻi.

“The Council sends our deepest condolences to our colleague and her family in this time of great sorrow. ‘I ulu no ka lālā i ke kumu,’ from a strong foundation grows an abundant future,” the statement read. 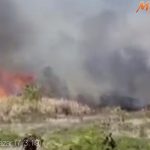 Man Arrested on Suspicion of Arson in Kahului Fire Behind Walmart 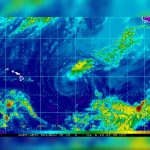