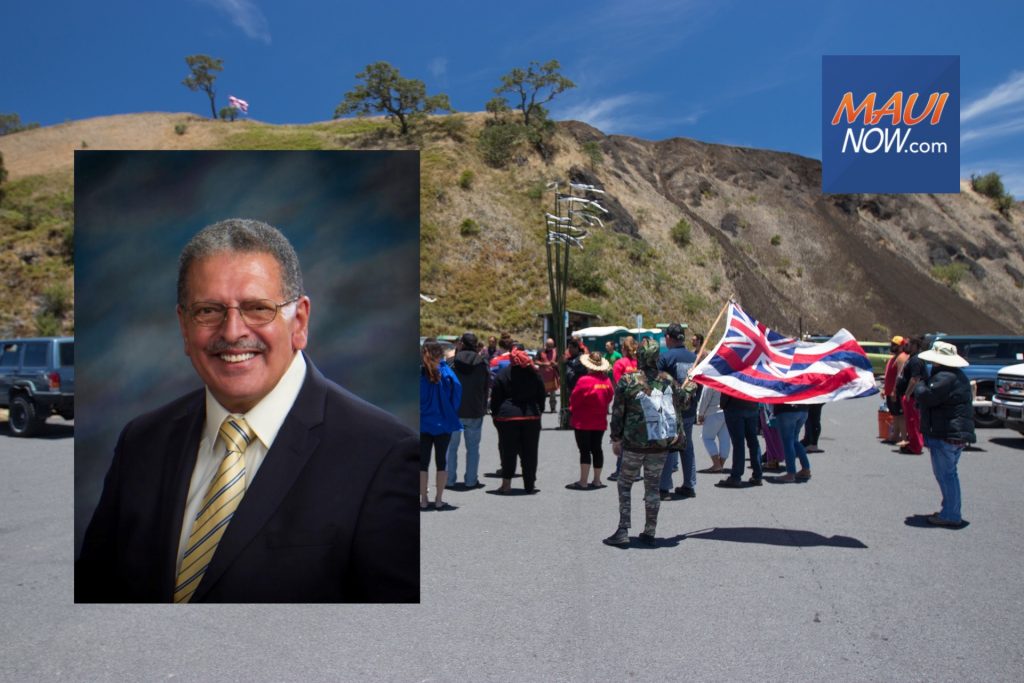 Maui Mayor Michael Victorino issued a statement this afternoon relating to the ongoing demonstrations against the Thirty Meter Telescope project, which has now entered Week 2.

In addition to the protest at Maunakea, there are also coordinated efforts across the state by those who stand in support of the demonstration.  Today several businesses in the tourism sector participated in a one-day shutdown of operations in a show of unity and solidarity.

“I believe that democracy is manifest in the peaceful expression of our freedoms, including the right of the people to assemble peacefully and petition the government for a redress of grievances.

“I defend the right of Native Hawaiians and supporters to take a stand and express their opposition to the Thirty Meter Telescope. I understand that the issues they bring to our attention are difficult ones, and I hope to engage in a productive dialogue about them.

“I also maintain a strong interest in the safety of all the people of our county. I appreciate that organizers have kept us informed when planning rallies and other activities throughout the county. I commend the collaborative effort of the Maui Police Department to support the safe exercise of our residents’ civil rights.

“I pray that we unite as one people who love our islands, and we continue to work together for the good of those who call them home.”

Opposing views were shared on Friday afternoon by Governor David Ige and leaders of the ongoing demonstration.  During the exchange, protectors called for an apology from the governor after he called the puʻuhonua “unsafe” and said it “fell apart.” In making the announcement earlier this month of plans for TMT construction to begin, Gov. Ige said that after a 10 year process, the day for construction of the 30-meter-telescope has arrived.

This morning, Lieutenant Governor Josh Green is visiting the puʻuhonua.  This comes after numbers at the puʻuhonua swelled over the weekend to around 2,000, according to state estimates.