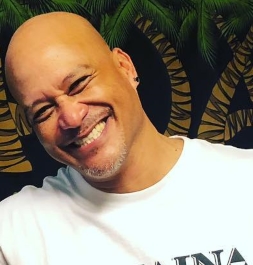 The Pacific Media Group is proud to announce the promotion of Shane Kahalehau to Program Director for KPOA, 93.5.

Kahalehau, 46, was promoted to lead the station after more than 20 years with the company. Before being promoted he was a the afternoon drive DJ/Host for KPOA.

“I’m humbled by this new position as PD and excited to make KPOA accessible while perpetuating the work that has been done by those who came before me,” said Kahalehau.

KPOA’s mission is to play a diverse mix of Hawaiian music that spans many generations from the various eras of Hawaiʻi’s history, “providing an accurate presentation of where Hawaiian music is today.”

“Shane has a deep commitment to KPOA and the community. He is the right person to lead KPOA as it moves into the next chapter of it’s historic existence,” said Chuck Bergson, PMG President and CEO.

In addition to his role as PD, Kahalehau also co-hosts The Maui Morning Rise show with multi-talented and award-winning musician and kumu hula Napua Grieg.

“We not only bring fun, laughter and good Hawaiian music, but also knowledge and insight,” Kahalehau said. “With veteran on-air personalities and new members, KPOA is set to remain in its place as the go-to radio station.”

KPOA’s parent company is the locally-owned Pacific Media Group, which owns and operates stations on Maui, Hawaiʻi Island and Kauaʻi.  PMG also reached an agreement to acquire four stations on Oʻahu in a deal that is set to close in September.