The annual fundraiser is a celebration of Surfrider Maui’s volunteers and supporters and the year’s accomplishments. Tickets are open to the public and available online.

He formed the nonprofit Love The Sea to support a local and global network of ocean stewards working toward the eradication of plastic pollution in the world’s oceans. He helped create and produce the Ocean Aid Music Festival, became a crew member on the Eat Less Plastic Voyage around the South Pacific, and coordinated the Hard to Reach Beach Cleanup of Pe‘ahi, Maui — all to bring attention to the devastating impact of marine debris in the ocean.

Farrell has participated in clean up events on Maui’s most impacted sites, including Ka‘ehu Bay and the North Shore coastline from Maliko Gulch to Waipi‘o Bay. He is a passionate agent of change—a rare mix of waterman, ocean lover, businessman, and conservationist.

Community Member: Lucienne de Naie – Living on a small East Maui farm, Lucienne de Naie works as a freelance journalist, grant writer and historical researcher. She served on Surfrider Maui’s board of directors for 15 years, mostly as vice president. She has supported Surfrider in beach cleanups, writing testimony for coastal projects, and represented Surfrider on the Oneloa Coalition to create a master plan for Mākena State Beach Park.

She worked on the Save Māʻalaea Campaign and helped produce Save Māʻalaea: A Cry for Help, a documentary that rallied thousands to support the cause. The Army Corps announced in 2012 that they would abandon their plans to destroy four acres of coral reefs and build a new breakwater in Māʻalaea.

Business: Skyline Hawaiʻi – Skyline Hawai‘i has been rooted in sustainability and protecting our natural environment since its inception in 2002. For 17 years, Skyline has been active participant in land and forest conservation work through its Skyline Conservation program, which has expanded to make a strong commitment to protect our oceans.

In the past 18 months, Skyline staff have removed more than 5,000 pounds of trash from Maui’s shorelines through company beach clean-ups. Skyline has sponsored water bottle fill stations at Haʻikū Elementary School and Lihikai Elementary School as part of Skyline’s Wipe Out Plastic Grant program. Skyline has an in-house native forest conservation project, and has restored more than six acres of degraded land into a thriving native forest. Every month, Skyline hosts local school groups on tree planting outings, providing hands-on education for teachers and students from all over Maui. More than 1,000 students have planted trees with Skyline as part of this program.

Eliminating single-use plastic has been a core principle of Skyline Hawai‘i. The company has never sold or distributed disposable plastic water bottles or plastic shopping bags since its founding in 2002, long before laws went into effect on Maui. Since 2002, Skyline Hawai‘i is part of 1% For The Planet and has donated more than $1.5 million to nonprofit environmental groups in Hawai‘i. Since 2007, Skyline has been a carbon neutral business, offsetting 100% of the company’s carbon emissions.

Protection of Special Places – Surfrider Maui has joined a coalition of environmental and cultural groups to encourage Maui County to take action to protect our sensitive cultural, and coastal lands from development, including Māʻalaea, Pe‘ahi, and Honolua. Other special places in danger include Ho‘okipa and Lahaina Harbor, and where treated sewage is being injected in shorelines near Kanahā and Kā‘anapali. Along with preservation initiatives, Surfrider is active in submitting and supporting legislation that protects culturally sensitive sites, maintains public access to coastlines, minimizes runoff, and promotes organic, regenerative farming that will provide healthy, locally grown food.

Beach Cleanups — Nationwide, Surfrider’s beach cleanups have collected more than six million pounds of trash. The Maui beach cleanups provide an opportunity once a month for volunteers of all ages to connect with the community, to kuleana our favorite beaches, and to raise awareness of how easily plastic and litter ends up on our shorelines.

Rise Above Plastics / Ocean Friendly Restaurants (OFR) – The Rise Above Plastics campaign is dedicated to reducing the estimated 5.2 trillion tons of plastic currently in our oceans. Within 20 years it is forecast that there will be more plastic in our oceans than fish. As shocking as this statistic is, we know it is not too late to save our oceans. As part of the Rise Above Plastics initiative, Surfrider’s Ocean Friendly Restaurants program recognizes restaurants who operate without plastic and Styrofoam, and adhere to other eco-friendly practices. There are more than 200 OFRs certified statewide. Examples of Maui OFRs include Ka‘ana Kitchen, Mama’s Fish House, Monkeypod Kitchen, Pāʻia Bay Coffee, and more.

Legislation — Surfrider has supported legislation that helped to ban common pollutants to our beaches, such as plastic bags, cigarettes from beaches and parks, and Polystyrene food containers. Surfrider was part of the coalition to ban the harmful chemical Oxybenzone from sunscreens to protect our reefs. More recently, one of Surfrider’s long legal battles with Maui County has been to stop using injection wells.

“Surfrider Maui is doing important work protecting our beloved ocean, beaches and reefs,” said Mike Ottman, chair for the Surfrider Foundation – Maui Chapter. “We invite anyone who loves the ocean to celebrate our victories with us, and learn how we as a community can continue to implement positive change.”

Event attendees wishing to stay overnight at Andaz Maui will receive 10% off the published rate. Lyft will offer discounted rides to event attendees. 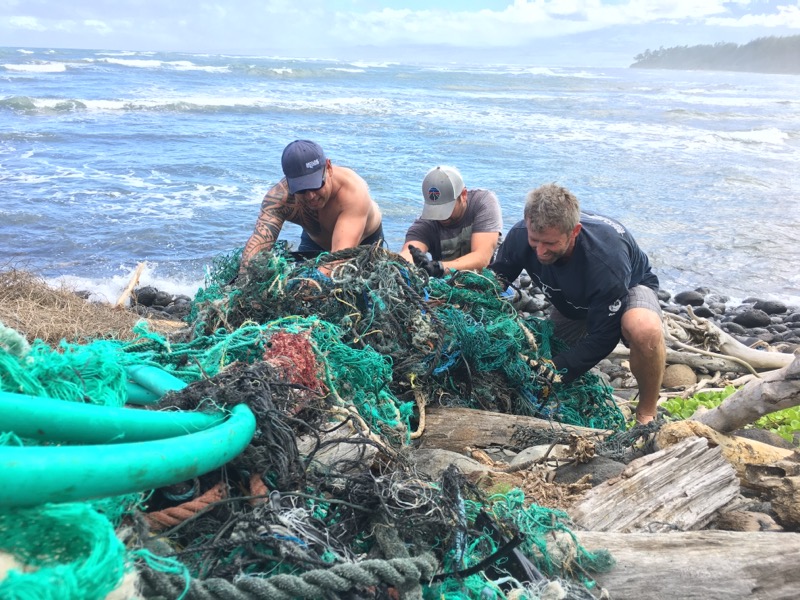 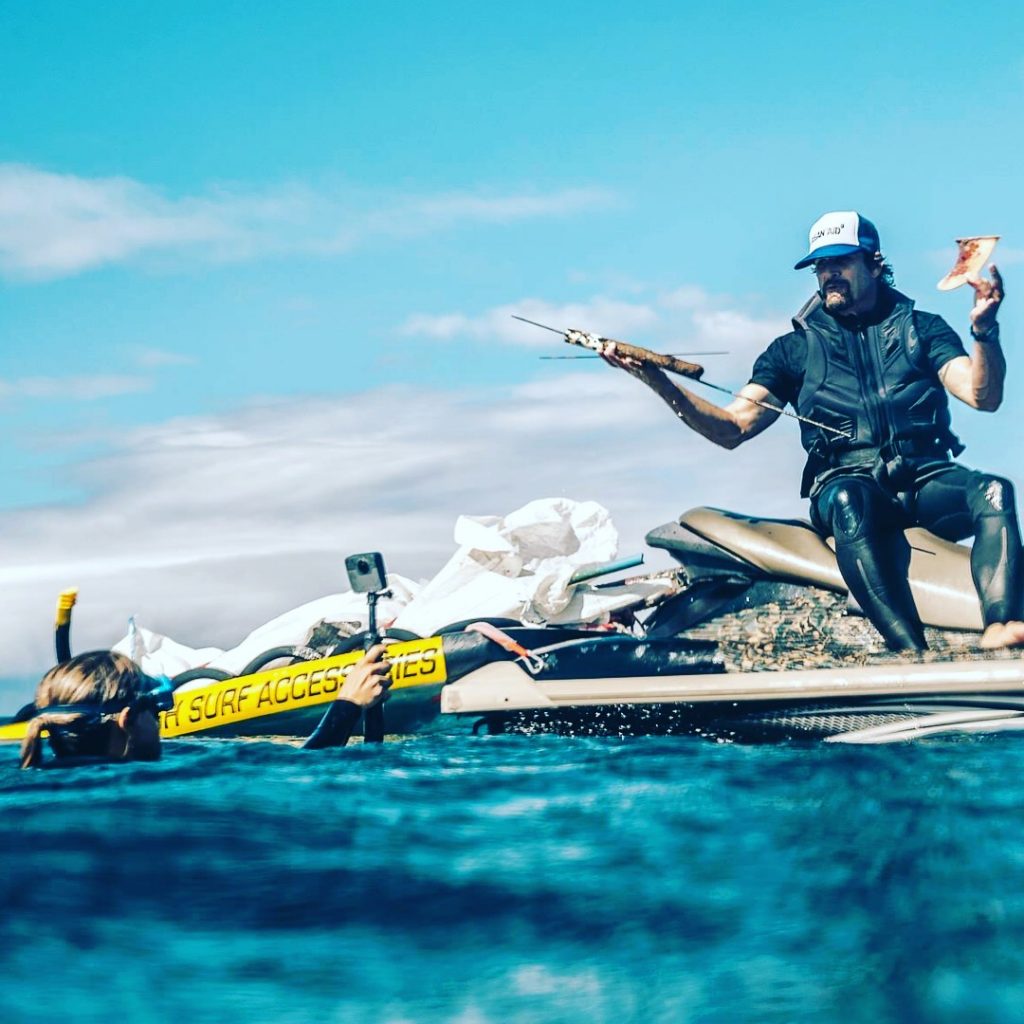 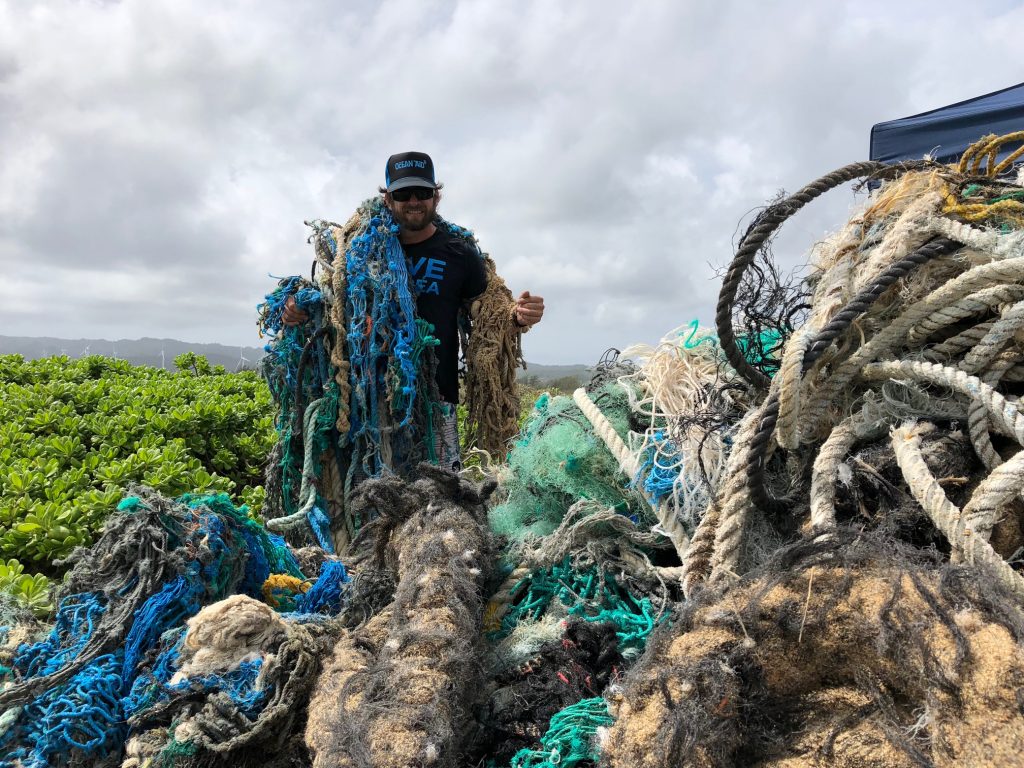 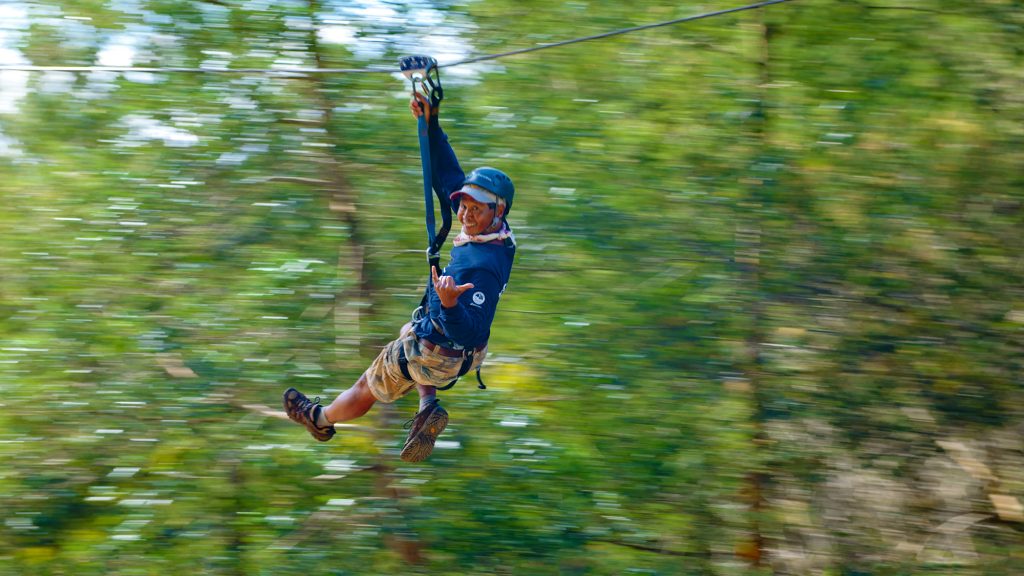 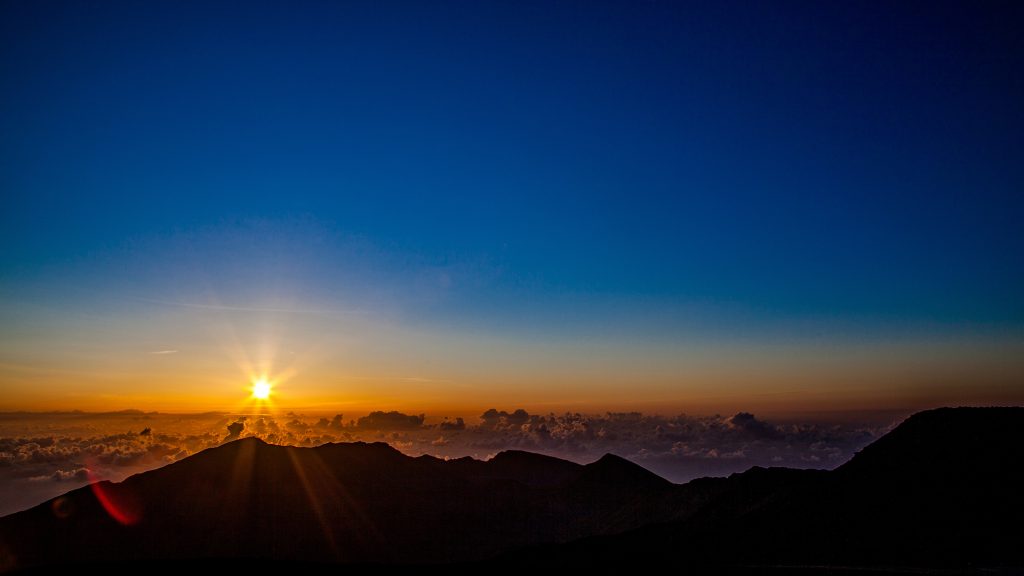 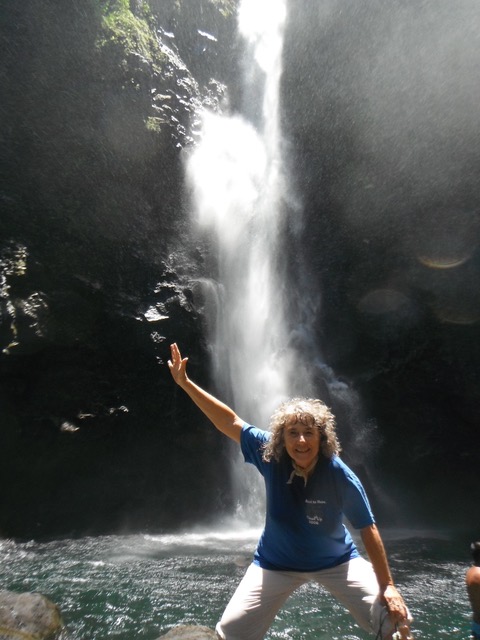 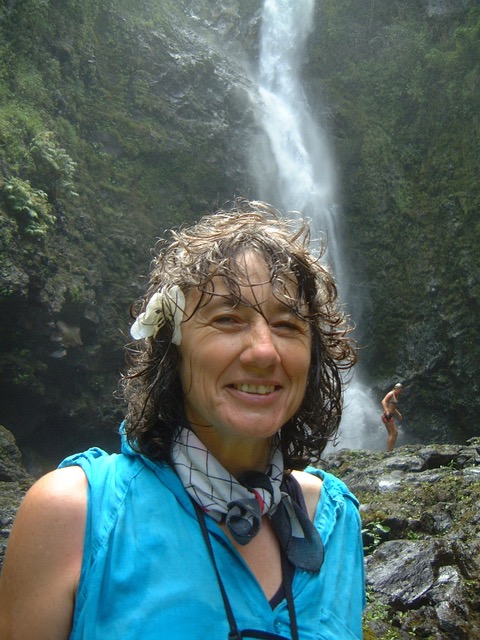 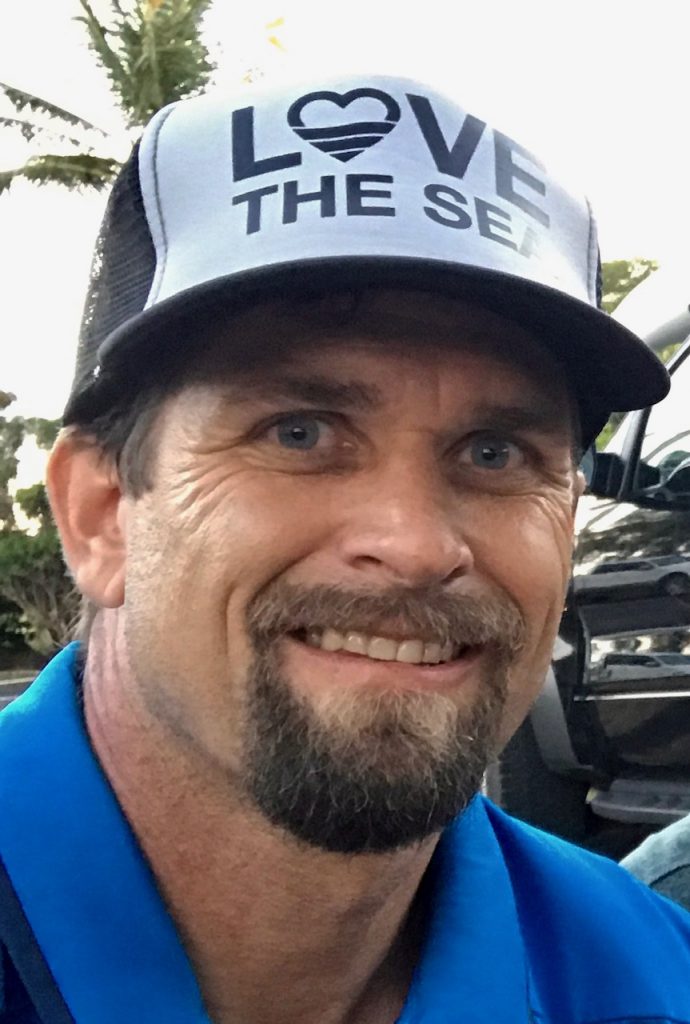