Arrest Made in Lahaina Home Burglary

A 34-year-old woman entered not guilty pleas in Maui Circuit Court on Tuesday to charges of first degree burglary (a class B felony) and fourth degree theft (a petty misdemeanor).

Crystal Thompson was arrested in the early morning hours on Wednesday, Aug. 28, 2019 in West Maui following a report of a burglary at a home on Front Street.

During an investigation into the incident, Lahaina Patrol officers who were dispatched to the scene, located and arrested Thompson about a half an hour later near a Malo Street home.

Police say Thompson had in her possession items taken from the victim, and matched the description provided by the victim of the female offender.

Thompson was taken to the Lahaina Police Station for processing. She was being held on $600 bail at last report.

Thompson is scheduled to appear for a bail hearing at 9 a.m. on Thursday, Sept. 5 before Judge Rhonda Loo. 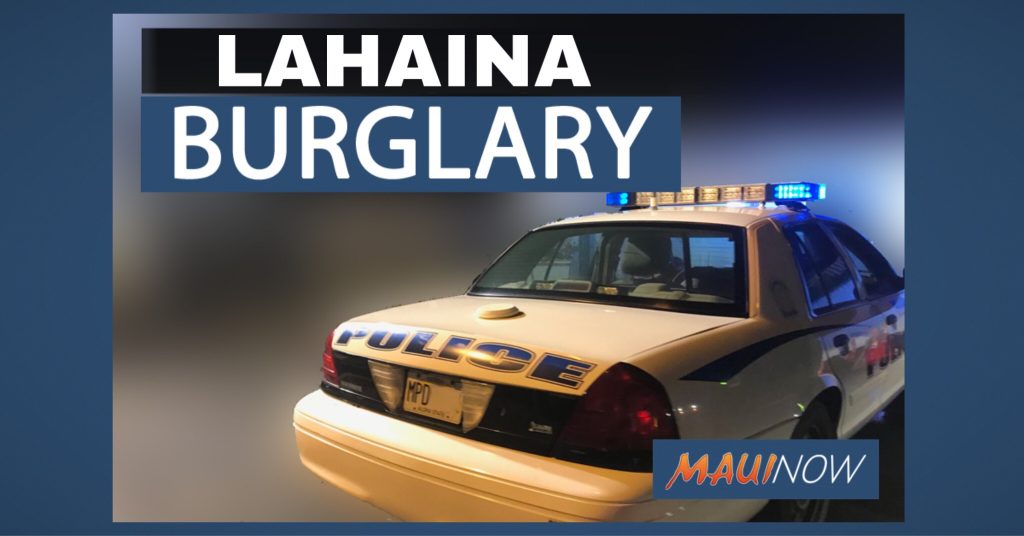