The Federal Transit Administration today approved a recovery plan submitted by the Honolulu Authority for Rapid Transit for the HART rail project in Honolulu.

The approval clears the way for the remaining $743+ million in federal funding for the project to be released as outlined in the Full Funding Grant Agreement.

“The Federal Transit Administration (FTA) has approved the Recovery Plan submitted in June 2019 by the Honolulu Authority for Rapid Transportation (HART) for the Honolulu Rail Project. FTA will not begin to release any of the $744 million that has been withheld for the project until the City Center procurement is identified and confirmed to be within HART’s predicted cost.”

The total cost for the full 20-mile alignment was previously estimated to be greater than $6.7 billion, according to the HART website; however, updated estimates have placed the cost at over $9 billion.

The balance of funding was projected to come from the GET surcharge for rail (which is a half-percent surcharge on goods and services purchased on Oʻahu).  According to the HART website, the funds have been collected since 2007, and will continue through 2027, yielding a total of $4.8 billion for the project with remaining funds to come from other federal programs and locally generated revenue.

U.S. Senator Brian Schatz (D-Hawai‘i) announced the FTA approval saying, “This is not the end of the process, but this is an important milestone that recognizes the work that the state and the city have done in getting this project to be more accountable and keep costs under control. I will continue to work with our federal partners to make sure that we reach the finish line.”

He continued saying, “We have a long way to go but this is good news.” 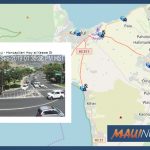 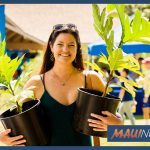