Maui police issued a total of eight traffic citations during a Mauna Convoy at Kahului Airport on Monday afternoon.

According to police, there were approximately 100 vehicles participating in the convoy during its peak. 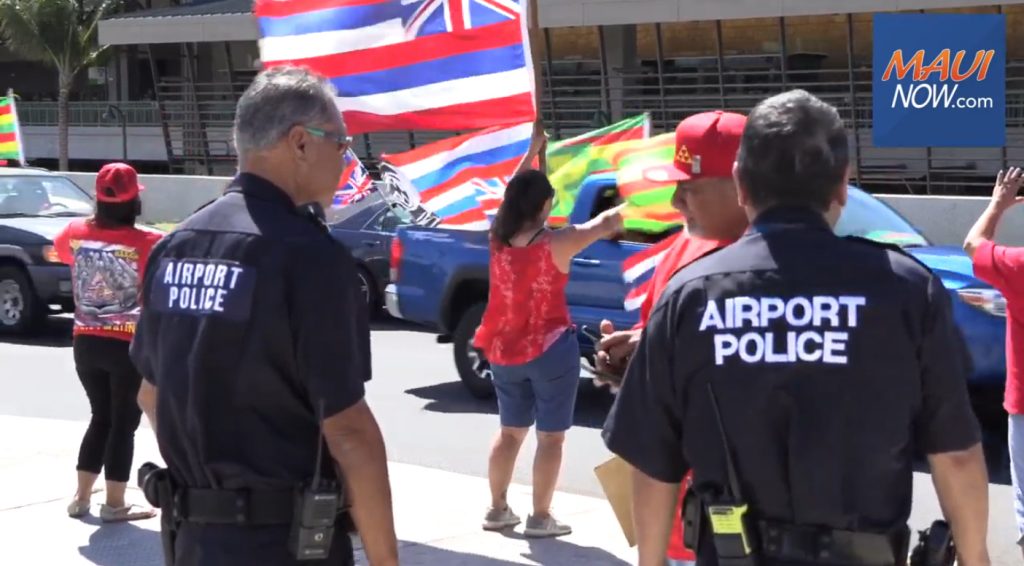 Officers from the Maui Police Department monitored the movement of those vehicles along state and county roadways and “found no appreciable effect on the flow of traffic.”

The convoy departed Lahaina in West Maui at around 1:30 p.m. on Monday, Sept. 9, 2019 an traveled to Kahului Airport in Central Maui where participating vehicles circled the terminal area.

On Sunday night, Maui police had issued a traffic alert in an effort to notify motorists of potential impacts to travel times.

“We want to thank the community organizers who led this event, the State Airports Division and other partners, for working together to allow everyone on Maui an opportunity to express their civil rights,” Maui police said in a press release statement.

“This cooperative nature reinforces the Department’s dedication to being a part of the Maui community and to protect the rights of all,” the MPD said.

Earlier in the day, police met with convoy organizers to review convoy plans and guidelines for a lawful demonstration. An estimated 30 people attended the meeting with two police officers present.

The meeting was initially organized to review plans for a separate event planned during the first week of October in Lahaina. Event organizers say they are planning an Aloha ʻĀina observance that will include a procession along Front Street from Māla towards Keawaiki and Kamehameha Iki Park, followed by panel discussions and protocol to be conducted in conjunction with demonstrators at Maunakea.

Organizers had already prepped up to 60 individuals to serve as marshals and security for the Maui event, to assist in managing the projected crowd and serving to uphold the practice of Kapu Aloha and peaceful resistance.

The group had sought requirements and clarification on first amendment rights and freedom of speech as well as logistics from police regarding road closures.