Police say Tackett’s family has since been notified of his passing.

Tackett was involved in a multi-vehicle accident within the parking lot of the Ross and former Kahului Safeway store off of East Kamehameha Avenue on Wednesday, Sept. 11, 2019 at around 5:09 p.m.

According to Maui police, Tackett was operating a 1996 Acura sedan, climbed a raised parking island, made an abrupt hard turn and collided into a parked 2003 Mazada passenger van that was occupied by a lone female.

Traffic investigators with the Maui Police Department also identified the sole occupant of the first vehicle that was struck by Tackett as 24-year-old Chanel Abilay of Kahului. Police say Abilay sustained non-life threatening injuries in the incident.

After striking the passenger van, the operator of the Acura then continued driving and crashed into an unoccupied 2006 Ford escape and a 2019 Nissan.

The involvement of alcohol and drugs has not been determined as the investigation is still pending. MPD officials have ruled out speed as a factor in the crash.

Tackett’s death was the 16th traffic fatality in Maui County compared to 12 at this same time last year. 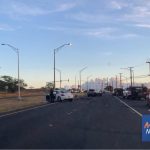 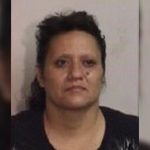