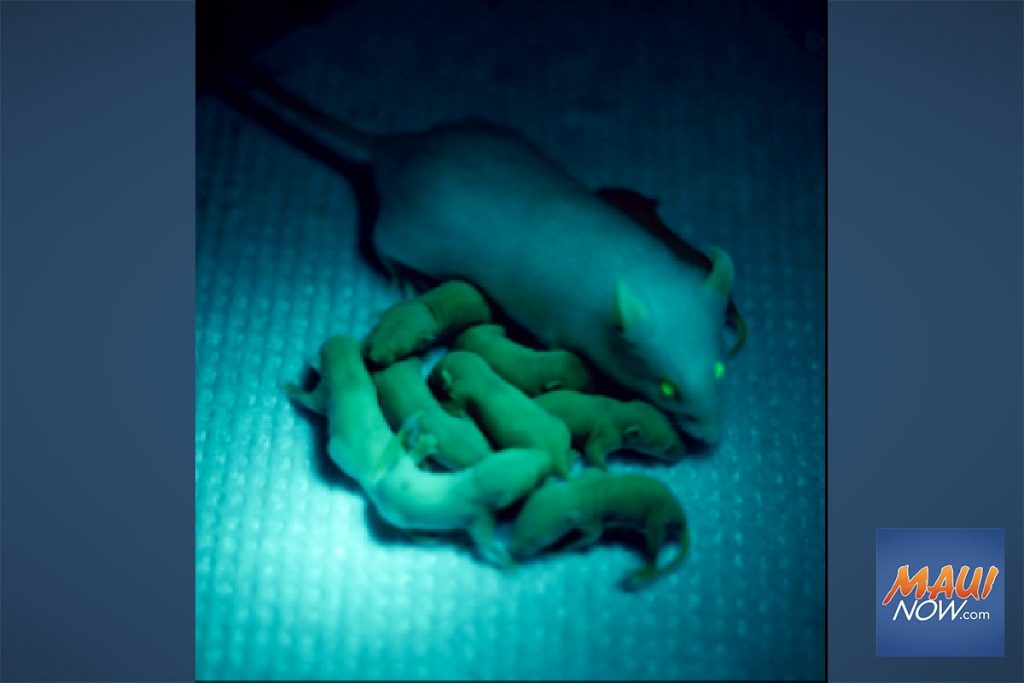 A University of Hawai’i Mānoa laboratory has received a $5.3 million research grant for its “world-famous” research.

The Institute of Biogenesis Research gained its popularity after producing mice that glow a greenish color when placed under ultraviolet light.

According to a press release from the university, the lab grew its first glowing mouse after injecting jellyfish genes into its embryo. That mouse then transferred the glowing gene to her pups.

The project was intended to successfully insert DNA from an unrelated organism into that of another animal, the release stated.

“All along, we’ve been developing new technologies to make us even better,” IBR director Steven Ward said in the release.

“With this grant, we’ll be able to build on our previous 10 years of research to provide genetically altered mice for anybody at UH.  These are models that scientists can use for their research-mice with specific diseases or with a certain gene missing or with a gene present so the researchers can see what they can do with it.”

Ward explained that because mice are the closest animals to humans for biological testing, making a “better mouse” allows scientists to advance cures.