Eli Mac Returns Home to Maui for One Night at Mulligans, Sept. 22 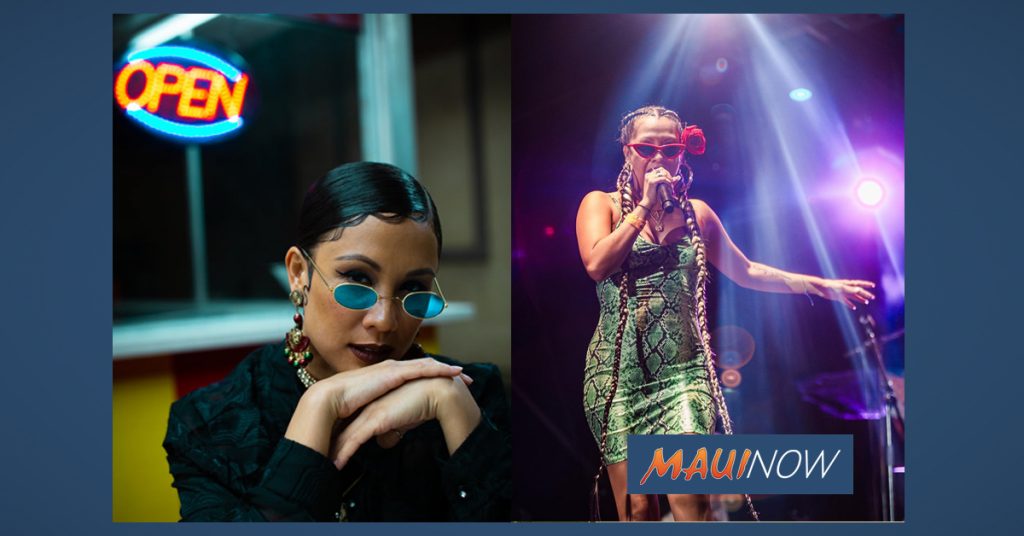 Eli Mac returns to Maui for one night at Mulligans On The Blue on Sunday, Sept. 22, 2019 with opening guests Rabbitt.  Doors open at 6 p.m. and the show starts at 7 p.m.

Eli Mac, aka Ciara-Camile Roque Velasco came in ninth place on the third season of the reality/talent-search television series, American Idol.  She was born in Makati City, Philippines, and later moved to Haʻikū, Maui.

Prior to American Idol, Velasco worked at her parents’ IHOP Restaurant in Kahului.

In April 2009, she worked in Jamaica on the single “Guava Jelly” produced by Stephen Marley which received the Hawaiʻi Music Awards’ Single of the Year.  She recently released another single and music video for her track “dub stop” that is the precursor to a future album.

In 2014, she officially announced that she will be performing professionally under the stage name, Eli-Mac. In October 2014, she released her Dubstop EP which hit Billboards top 10 in its debut. Since the release of Dubstop she has toured with Sublime with Rome, The Greeen, J Boog, Rebel SoulJahz and has opened for Lauryn Hill, SOJA and Shaggy.

This comments section is a public community forum for the purpose of free expression. Although Maui Now encourages respectful communication only, some content may be considered offensive. Please view at your own discretion. View Comments
Trending Now
1This Is Your Lucky Day Two Hawaiian Monk Seals Sunbathing On Kihei Beach 2Piʻilani Highway Open And Passable For Four Wheel Drive Vehicles 3Two Charged With Arson On Maui Third Individual Charged With Other Crimes 4Set To Open This Summer Mauis First Raising Canes Seeks 100 Plus Staffers 5Usps Offering 8 Free At Home Covid 19 Tests 6May 12 18 2022 Covid 19 Update 12 Deaths 7149 New Infections In Hawaiʻi
Back to Top